Northern Ireland will see additional restrictions put in place for the first week of their upcoming six-week lockdown. 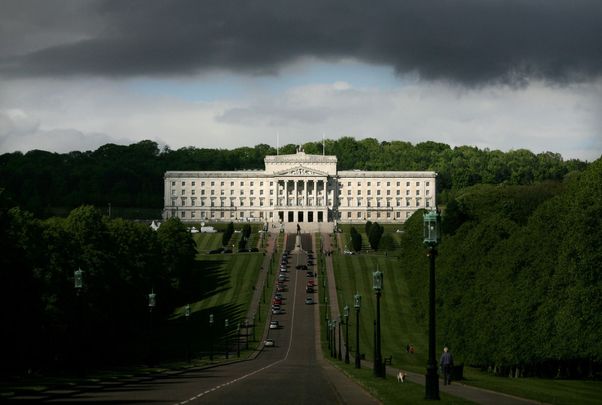 Stormont, the seat of the Northern Ireland Assembly. RollingNews.ie

Deputy First Minister of Northern Ireland Michelle O'Neill said on December 17 that "urgent intervention" was required in the region.

Speaking to the press on Thursday evening, Michelle O’Neill, the Deputy First Minister of Northern Ireland, said that the situation in the region is “dire" and pointed to the fact that some patients had been treated in the back of ambulances at Antrim Hospital in recent days.

"It's very clear from the positive cases that we're seeing every day that an urgent intervention is required," O'Neill said.

Here is what will come into effect in Northern Ireland as of December 26:

O’Neill said that “financial supports put in place so the current measures which we've had over previous restrictions will be rolled over to support businesses through this very challenging time."

Regarding the first week of added restrictions, O'Neill said for the week of the 26th, "there will be no sporting activity at all. Things that have been planned will not be able to go ahead.” O’Neill acknowledged that will likely be disappointing but it is a “necessary intervention.”

She continued: "Also in that week, all businesses that are allowed to open - essential shops, for example - will all be asked to close at 8 o’clock. No businesses will be opened after 8 o'clock.

“So I think that this is - it'll be disappointing to many. I think a lot of people also would have expected it. It’s very clear that we needed an urgent intervention.

“I think this is the right decision by the Executive, albeit I accept it’ll be challenging for many, many people.

Later, O'Neill shared a video on Twitter in which she said: “It’s probably in a worse position than we’ve been in the whole of the pandemic.

“And I think the health service would be completely crushed in January if we didn’t intervene now and the message is back to stay at home, work from home. That’s very much what we’re saying - we are in very difficult times, but this is about saving our health service, this is about protection of healthcare workers.

“This is about whenever any of you, anybody at your home or family, needs a health service, that it’s actually there to be able to respond.

“These are difficult days and difficult times, but this is a necessary intervention.”

The Executive agreed a six week lockdown to begin on December 26.

It’s necessary to protect the health service and its workers from being overwhelmed and to save lives.

Stay at home, protect your loved ones, protect each other and together we can get through this. pic.twitter.com/LhSV7laSEB

Earlier on Thursday, Stephen Donnelly, the Minister for Health in the Republic of Ireland, announced that the National Ambulance Service of Ireland would be providing extra support to Northern Ireland in the coming days:

Our National Ambulance Service @AmbulanceNAS has been superb during this pandemic. They will be providing some support to the Northern Ireland Ambulance Service this weekend, due to the pressures being experienced. Thanks to @NasDirector and his team 🙏