Ian Paisley Jr. and the DUP are attempting to introduce a supermajority requirement for any border poll in Northern Ireland, a blatant attempt to subjugate the nationalist community. 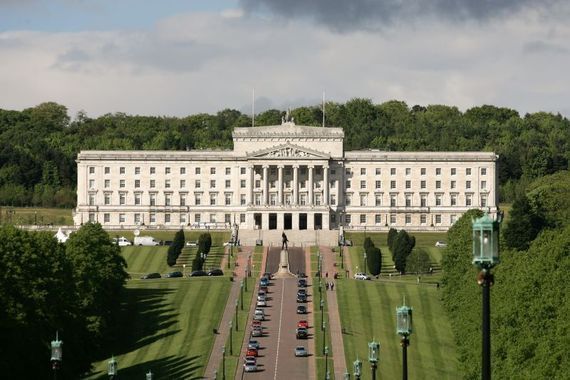 DUP MP Ian Paisley Jr.'s recent attempt to introduce a "supermajority" bill that would require a larger majority than 50% plus one to achieve Irish unity represents nothing more than an attempt to subjugate nationalists once again.

Under the terms of the Good Friday Agreement, Northern Ireland can only leave the United Kingdom when "a majority of the people of Northern Ireland" vote in favor in a border poll.

Paisley and the DUP are now claiming that the clause is ambiguous, arguing that the Good Friday Agreement does not specify what kind of majority is needed to secure a united Ireland.

In short, it is nothing more than modern-day gerrymandering, an attempt to keep the nationalist community down and prevent them from exercising their democratic right. We might as well be back in Derry in 1960s Northern Ireland when unionist politicians made use of convenient voting borders to ensure that a minority of unionists enjoyed control over the nationalist majority.

Of course, the irony of the supermajority bill is lost on Paisley and the DUP, who have fought tooth and nail for Brexit despite it only being passed by 51.9% of the UK electorate (and being rejected by the people of Northern Ireland).

It is just another example of one rule for them and another rule for anyone who isn't the DUP or a hardline unionist.

That is how some unionists have viewed things in Northern Ireland since partition in 1921 - a Protestant State for a Protestant people.

These are the people who had to be dragged, kicking and screaming, into the Good Friday Agreement in the first place after undermining several other attempts to introduce power-sharing and equality between unionists and nationalists.

These are the people who base most of their culture on the hate and subjugation of nationalists and Catholics and discriminated against them for as long as they got away with it.

Paisley and DUP, faced with the harsh reality that they are no longer the big dogs in Stormont, are clearly aware that the game is up, that a border poll is coming, and that it has a good chance of passing if recent population and voting trends are anything to go by.

Hardline unionists, who oppose LGBTQ rights and abortion access for women, while simultaneously blindly backing Brexit to the hilt, are only going to turn more moderate unionists to nationalist or cross-community causes.

Sinn Féin made history in May by becoming the first nationalist party to win the most seats in an assembly election and those gains are only going to continue now that Catholics outnumber Protestants in the region.

Paisley's supermajority bill can therefore be interpreted as one desperate last stand to ensure that Northern Ireland remains in the union, even when the majority of people living there don't want it.

If it was possible to kidnap a country, that is what the DUP is attempting to do.

They are happy to forego democracy and fairness so long as they get their own way. Sounds familiar.

Imagine, for one moment, that Paisley's farcical bill is passed when it comes before the House of Commons in January, requiring for argument's sake, that 60% of the electorate must approve of a united Ireland.

Can you imagine the scenes that would follow if a future border poll returned a vote of 59% in favor but Northern Ireland was forced to remain in the union? There would be anarchy on the streets.

It is laughable and pathetic - the actions of a child who is taking his ball and going home because he doesn't like the game anymore.

Unionists have subjugated nationalists for long enough in Northern Ireland. They discriminated against them in housing, jobs, and local government for decades and made an almighty fuss about changing their ways in the latter part of the 20th century. They won't get away with it any longer.

Their obstinate and tone-deaf support of Brexit, despite the majority of Northern Irish citizens wishing to remain in the European Union, is clearly an attempt to undermine the Good Friday Agreement, which the DUP has fought tooth and nail against since its introduction in 1998 because it had the temerity to grant equality to the nationalist community.

Their latest stunt - this "Supermajority" bill - is just another fresh attempt to undermine the same agreement.

Imagine that, a party with the word "democratic" in its name attempting to undermine something that the electorate overwhelmingly voted in favor of.

Meanwhile, the DUP's ongoing refusal to enter power-sharing under the guise of the Northern Ireland Protocol is clearly rooted in their hatred of the concept of entering into power-sharing with a Sinn Féin first minister.

But a nationalist first minister is coming whether the DUP likes it or not.

And if the Northern Irish electorate does vote for a united Ireland, hardline unionists have nothing to fear; their rights and beliefs will be respected and they will get fair representation in a new Irish government.

They will certainly not receive the same treatment that they gave nationalists during the first half-century of Northern Ireland's existence.