Ian Paisley Jr's Referendums (Supermajority) Bill, if passed, would require a referendum on a united Ireland to return a vote of more than the present requirement of 50% plus one. 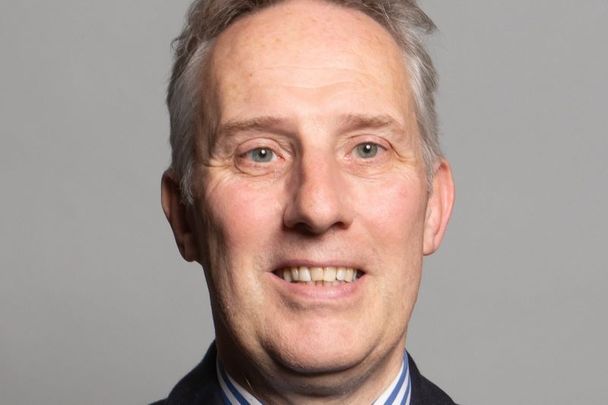 DUP MP Ian Paisley Jr. has been criticized for attempting to implement a "supermajority" for any votes on a united Ireland.

Paisley Jr introduced the Referendums (Supermajority) Bill to the UK House of Commons on Tuesday, November 8, and requested that it be debated on January 20.

The bill calls for "a supermajority of votes in favour of a proposal for constitutional change on which a referendum is being held in order for it to be decided in the affirmative."

If passed, the bill would require any referendum on a united Ireland, as well as Scottish independence, to return a vote of more than the present requirement of 50% plus one.

As per the 1998 Good Friday Agreement, "a united Ireland shall be brought about only by peaceful means with the consent of a majority of the people, democratically expressed, in both jurisdictions in the island."

Paisley Jr told BBC's Stephen Nolan that the bill had the support of DUP leader Sir Jeffrey Donaldson and argued that it would help bring "stability" to any major constitutional changes in Northern Ireland.

The North Antrim MP pointed to the instability caused by the narrow Brexit vote in 2016 and said lessons should be learned.

"Let’s say that in the future, if we’re going to decide our politics by way of referenda, let’s make sure that we have protections and balances that are weighted majorities which show that there is overwhelming consent," Paisley Jr told Nolan.

Stephen Farry, the Deputy leader of the Alliance Party in Northern Ireland, said the bill is a "stunt" and that it will go "absolutely nowhere."

This is just a stunt. It is a purely paper exercise in practice. It will go absolutely nowhere. https://t.co/CKHkhQsZmb

“I’m not here to advocate for change, but I am here to respect the rules,” says @StephenFarryMP as he calls the DUP’s attempted supermajority bill misguided.

SDLP MP Claire Hanna was also critical of the bill, saying that "no DUP trolling will change the agreed and rational mechanism for constitutional change."

We have work to do to create and persuade for a New Ireland, but no DUP trolling will change the agreed and rational mechanism for constitutional change. Minister confirms, in response to my question, that Paisley’s ‘bill’ is going nowhere. https://t.co/At6yBPcX7C pic.twitter.com/TQGuf21T2z