"In the Name of Peace: John Hume in America" shows how John Hume was inspired to harness the power of Irish America to help bring peace to Northern Ireland. 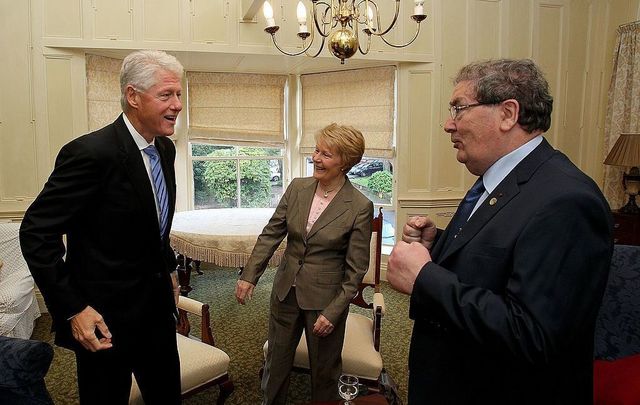 "In the Name of Peace: John Hume in America" shows how the legendary Derry politician John Hume was inspired by the American Civil Rights movement to harness the power of Irish America to help bring peace to Northern Ireland.

On Saint Patrick's Day 2021, a documentary will air on PBS in the US which explores the life and achievements of Derry-born Noble Prize winner and architect of the Northern Irish peace process, John Hume.

In director Maurice Fitzpatrick's view, Hume “did more to create a new Ireland than anyone else, and his death last August caused a lot of us to reflect on what his legacy is.”

It's important younger people understand just how difficult that peace was to forge, just how hard it was to achieve an inclusive politics in the North, Fitzpatrick says. In this new era of Brexit strife, they also need to be reminded of how precious all that is.

“The key takeaway from my documentary is to keep struggling to find ways to retain peace. It's very easy to lose, it's very hard to regain. I think Hume's example is second to none in that respect. He is the person par excellence who represents the fight, the drive, for a constructive political reform in Ireland.” 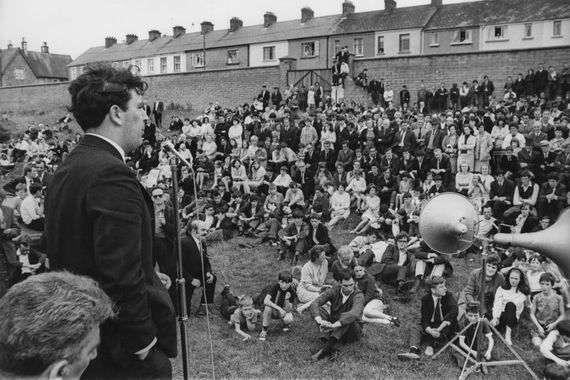 Reminding us of the high-level access that Hume enjoyed at the White House and on Capitol Hill from the 1970's onward, Fitzpatrick has assembled two former U.S. presidents, two former Taoiseach, and two former U.K. prime ministers (and of course Bono) to reflect on just how much Hume's word was respected by world leaders.

What made Hume such a gifted negotiator was the array of talents he had. Leadership was foremost among them, but he also had tremendous intellectual confidence and confidence in his analysis of the political situation.

Early in the 1970s in a crucial meeting, he persuaded Teddy Kennedy that there was indeed a way for him to become constructively involved in Irish politics. “And out of that grew what we now call the four horsemen: Senator Edward Kennedy, House Speaker ‘Tip’ O’Neill, Senator Daniel Patrick Moynihan, and New York governor Hugh Carey,” says Fitzpatrick.

Between them, they represented the axis of power in America and Hume had expertly pulled them into his orbit, turning them into a lobby group for Irish interests both in the U.S. and overseas. 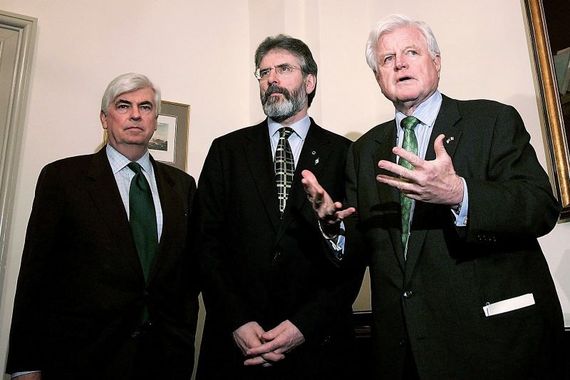 Out of that grouping – and celebrating its 40th anniversary this year – arose the Friends of Ireland group. “Hume was able to be the glue that would bring it all together and form this very important alliance with the United States."

"Let's remember that he had also been elected to the UK parliament and the European parliament. So he operated in different spheres, but he understood power politics extremely well. And he was able to see that this untapped goodwill that existed at the federal level in the United States was a very important power he needed to use and to use well. That's really, I suppose the story of John here in America.”

Soon people like prime minister Margaret Thatcher were feeling the unexpected effects of this political power. “There was one thing that she would answer to and that was a superior political force. That force came not through president Ronald Reagan himself, but through the Congress standing behind him. She later admitted that she would not have signed the Anglo Irish Agreement without the pressure coming from the United States.

“It took the coordinated effort of the Friends of Ireland and Hume to show that the U.S.  could play a very lasting, significant role in rebalancing the Anglo Irish power equation. Even till today, you know with President Biden, Speaker Pelosi, Chairman Richard Neil, they're all quite focused on constructive engagement on Ireland and they understand the need for it.”

Introduced by President Bill Clinton, written and directed by Fitzpatrick and narrated by Liam Neeson (with an original score by Bill Whelan of Riverdance fame) the directors high-level access is every bit as impressive as the finished film (it has been produced with the support of the Irish Department of Foreign Affairs and Trade). 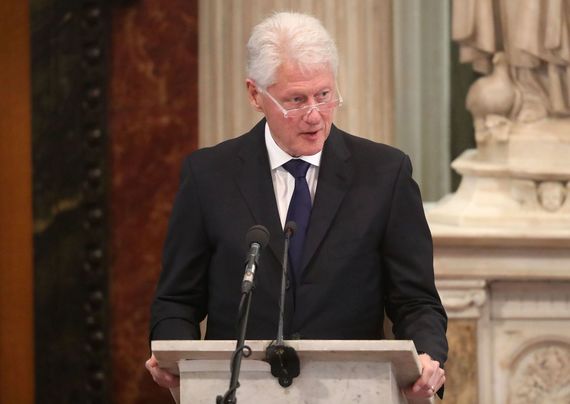 But that access is also illuminating. Clinton reveals that he felt Hume was the Irish conflict's Martin Luther King or Gandhi, and crucially he also reveals that he thought Hume's analysis was right.

President Jimmy Carter also tells Fitzpatrick that he became convinced by Hume's representations and decided that the United States should speak out for change, a key moment that took the British (and their special relationship) by surprise.

President Ronald Reagan was also persuaded to listen to the four horsemen and, by proxy, Hume, if he wanted his agenda to move in the House and Senate. So it was the perfect coming together of era and politician. Hume literally embodied the change that he was seeking and to paraphrase Richard Ellmann we are still learning to become his contemporaries.

It's important to note that he would not have been as free as he was to pursue his path without the unwavering support of his equally formidable wife Pat and Fitzpatrick's admiration for her is evident.

“She was the mother of the house when the father had to be absent because John had to be absent a lot with politics. To be in Derry during those years meant facing threats and attacks on the house. So she was in the front line, giving that degree of support that's so rare. It's just unique, what she did.

"I think history will recognize the huge support she was for him but also for the construction of the new society that we have now, she did play a very important role.” 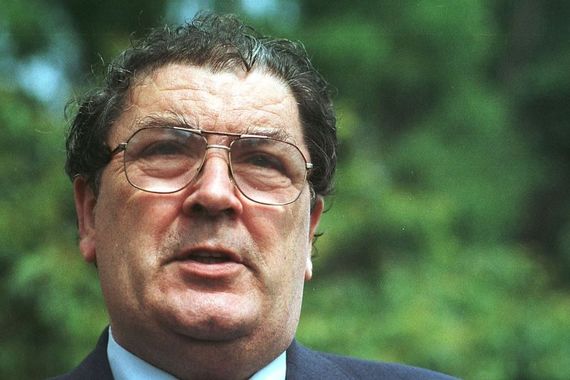 It's also important to remember the pasting that Hume took in the Irish and British press when news he had been meeting with Gerry Adams and others leaked. “It was a disgraceful episode,” says Fitzpatrick.

“Hume had begun his private conversations with Gerry Adams and others. When news of those conversations broke he was tainted with charges of terrorism. If you look back any commentator of any stripe at all would be forced to acknowledge that Hume was resolutely nonviolent from the day he was born. It really was a key characteristic of his approach. He just did not believe that violence was the way. So the pasting or the lambasting he got from the press at the time was very hard to square for me.”

No one could ever doubt Hume's integrity or commitment to his cause, however. “I remember Tony Blair pointed out in an interview with me that Hume was the only person who could go to every point in the political spectrum. Nobody can go the whole arc of the Troubles in the same way that John did, he was there from the start to the very end.”

“I remember having a little joke with the editor of the film that we're going to ban the word great from the final cut, because we don't want an endless repetition of the word. Our determination was rather to show the full evolution of his politics and the human journey at the center. His greatness shines through it.”

"In the Name of Peace: John Hume in America" will broadcast on PBS on Saint Patrick's Day, March 17.