Amidst Brexit and the US presidential election, what is the best way forward for the US and Ireland? 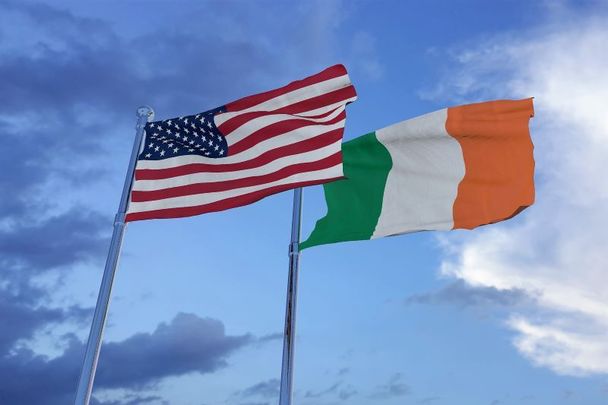 While Ireland and the U.S. have enjoyed a close relationship based on shared values and strong ties, the relationship currently is strained and could become more so as the U.K. and EU negotiate their trading relationship after Brexit.

*Editor's Note: This opinion column was submitted to IrishCentral by Michael E. Burke, who serves as the liaison between the American Bar Association and both the Law Council of Ireland and the Law Society of Ireland.

The Trump administration’s position on Brexit and the Good Friday Agreement, harmful Airbus tariffs and counterproductive threats to force the re-shoring of Irish pharmaceutical and medical device jobs add to this strain. The U.S. should act quickly and decisively to repair and strengthen this crucial relationship that benefits both nations.

More than 500 Irish companies employ at least 125,000 people and have invested more than $225 billion in the U.S. We are Ireland’s top export destination with about 27% of all Irish goods exports coming to the United States. There are approximately 700 U.S.-owned firms operating in Ireland that employ about 155,000 people. More than 40 million Americans are of Irish descent, including me - my father’s family is from Cahir, Tipperary and my mother’s family is from Castlerea, Roscommon.

Improving the relationship with Ireland will require U.S. action on a number of fronts. First, because Ireland and the U.S. have a shared interest in peace in Northern Ireland, the U.S. should provide greater public support for the integrity of the Good Friday Agreement. While Congressional Democrats have vocally supported the Good Friday Agreement, the Trump administration remains indifferent to the peace process and supports a hard Brexit followed by a U.S.-U.K. free trade agreement regardless of the impact on Northern Ireland.

The U.S. Special Envoy to Northern Ireland Mick Mulvaney should set forth an aggressive plan to tackle the unresolved issues under the Good Friday Agreement, including drafting a bill of rights for Northern Ireland. This plan would only be successful with significant support from, and coordination with, Ireland.

The U.S. should clearly re-state our guarantee of the Good Friday Agreement’s promise, work to ensure that no hard border between Ireland and Northern Ireland is re-established, and end negotiations on any free trade agreement with a U.K. that casts aside that treaty.

Next, the U.S. should consider removing Irish-origin products from the Airbus tariffs because Ireland does not have significant influence over Airbus and has not benefitted from the trade policies that resulted in the WTO’s Large Civil Aircraft Dispute decision against the EU. Removing Irish-origin goods from these overly broad tariffs would be a gesture of goodwill that would not harm relevant U.S. trade policy.

Ireland and the U.S. should develop even closer economic ties. Many emerging Irish companies would benefit from U.S. venture capital investment and growth guidance. Some of those companies are in the sustainable infrastructure, clean energy, and technology sectors that will be a focus of future American economic policy. Helping these Irish companies grow and scale into the U.S. market will help Ireland and will create some of the jobs in the U.S. necessary for America’s economic recovery.

Finally, the United States should support Ireland in its upcoming role on the U.N. Security Council. There are many human rights challenges in the world, and the U.S. and Ireland should work together—sometimes with Ireland in the lead role—to protect and defend human dignity. The U.S. could also learn from Ireland on how to mend fences with the international organizations the Trump administration has been tearing down for the past four years.

The Trump administration will undertake none of these actions because of its indifference to Ireland. Electing former Vice President Joe Biden, a friend and supporter of Ireland and the Good Friday Agreement, is the necessary first step in repairing this important relationship.