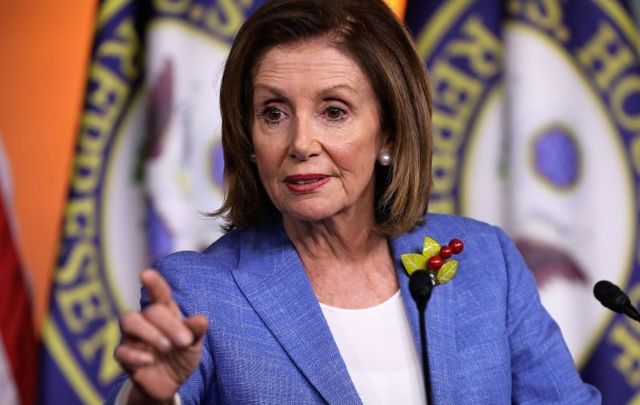 Nancy Pelosi, US Speaker of the House, said there will be “no chance” of a US-UK trade deal if the Good Friday Agreement is undermined during Brexit.

On August 14, Pelosi tweeted that "Brexit cannot be allowed to imperil the Good Friday Agreement."

The statement was released following US National Security Adviser John Bolton's August 12 meeting with UK Prime Minister Boris Johnson. After the meeting, Bolton said the UK would be “front of the trade queue” for a new trade agreement with the US after Brexit.

I had a great meeting with UK Prime Minister Boris Johnson yesterday. We discussed trade, security, and opportunities to deepen our bilateral relationship after the UK leaves the EU. The US and UK are on course for an unprecedented partnership. pic.twitter.com/wVWp8Mhaza

Bolton additionally told reporters that the US would support the UK in the event of a no-deal Brexit: “If that’s the decision of the British government, we will support it enthusiastically, and that’s what I’m trying to convey."

As it stands, the United Kingdom is due to leave the European Union on October 31, following two delays earlier this year. Prime Minister Boris Johnson has said that he vows to “deliver Brexit,” but has slammed the present iteration of the backstop, the mechanism currently built into the Withdrawal Agreement to prevent a hard border on the island of Ireland, as “undemocratic.”

EU leaders, however, insist that the current Withdrawal Agreement and its backstop is not open for renegotiation.

In her August 14 statement, Pelosi said: “The Good Friday Agreement serves as the bedrock of peace in Northern Ireland and as a beacon of hope for the entire world.  After centuries of conflict and bloodshed, the world has witnessed a miracle of reconciliation and progress made possible because of this transformative accord.”

“Whatever form it takes, Brexit cannot be allowed to imperil the Good Friday Agreement, including the seamless border between the Irish Republic and Northern Ireland, especially now, as the first generation born into the hope of Good Friday 21 years ago comes into adulthood.  We cannot go back.”

“If Brexit undermines the Good Friday accord, there will be no chance of a U.S.-U.K. trade agreement passing the Congress.  The peace of the Good Friday Agreement is treasured by the American people and will be fiercely defended on a bicameral and bipartisan basis in the United States Congress.”

A number of politicians in the US, including chairman of the House and Ways Committee Congressman Richie Neal, have previously indicated that if the Good Friday Agreement is compromised it will affect future trade deals between the nations.

Congressman Neal joined Speaker of the House Nancy Pelosi on a visit to Ireland and Northern Ireland earlier this year.