As the newly elected leader of the Tory party, Boris Johnson has been made the next Prime Minister of the UK. 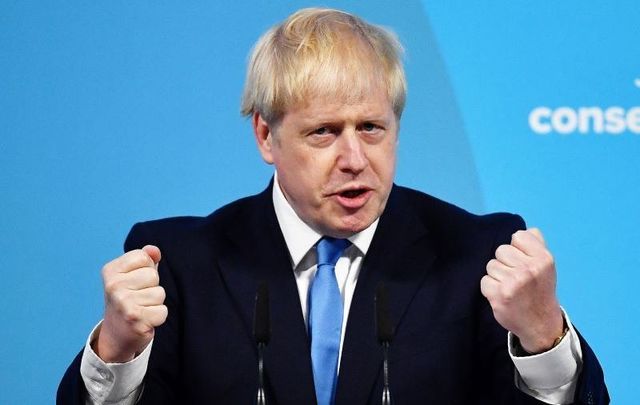 As the newly-elected leader of the Tory Party, Boris Johnson will become the new UK Prime Minister. Getty Images

Boris Johnson was named the leader of the conservative Tory Party in the UK on Tuesday, effectively making him the next Prime Minister in the wake of Theresa May’s resignation in June.

Johnson will become Prime Minister amid Brexit, one of the UK’s most dramatic periods in history. On Tuesday after it was announced that he won the Tory Party leadership role, Johnson tweeted that he will work to deliver on Brexit:

Thank you all for the incredible honour you have done me. The time for campaigning is over and the time for work begins to unite our country and party, deliver Brexit and defeat Corbyn. I will work flat out to repay your confidence

In 2016, the whole of the United Kingdom voted by a narrow margin to exit the European Union. (Northern Ireland, however, voted to remain.) The official departure date was delayed twice this year, and a new departure date of October 31 still looms without a definitive plan in place.

The border between Northern Ireland and the Republic of Ireland remains the main point of contention in the ongoing Brexit negotiations. In order to prevent a hard border from ever returning to the island of Ireland, a backstop mechanism was implemented into the latest Withdrawal Agreement that was agreed upon by EU leaders.

British Parliament, Johnson included, however, rejected the agreement. Johnson says he wants to remove the backstop from the Withdrawal Agreement entirely and instead make it a part of the future relationship between the UK and Ireland, a member of the EU.

EU leaders, however, insist that the Withdrawal Agreement as it stands is not up for renegotiation.

Boris Johnson and the backstop

Despite writing for The Telegraph last weekend, before he was named the new leader, that the Brexit stalemate can be solved with a "can-do spirit," Johnson said in a debate last week that the backstop is essentially dead.

Johnson said he would not be willing to seek a time-limit on the backstop as an alternate plan: “The answer is no. The problem is really fundamental. It needs to come out.

Johnson said his policy for the backstop would involve “no to time limits or unilateral escape hatches or these kind of elaborate devices, glosses, codicils and so on which you could apply to the backstop.

“I think the problem is very fundamental. It has been devised by this country as an instrument of our own incarceration in the single market and customs union. It needs to come out.”

Throughout his campaigning for the Tory leadership position, Johnson has said that the UK's exit on October 31 is "do or die."

Simon Coveney, Ireland’s Tanaiste and Minister for Foreign Affairs told BBC in the days before Johnson was named the new Tory Leader: “If the approach of the new British prime minister is that they’re going to tear up the withdrawal agreement, I think we’re in trouble. I think we’re all in trouble, quite frankly.

“That’s like saying, ‘Either give me what I want or I’m going to burn the house down for everybody’.”

On Tuesday, after Johnson won, Coveney tweeted that the Irish government will "work constructively with him:"

Congratulations to @borisjohnson on his election as party leader. Look forward to an early engagement on #Brexit, Northern Ireland and bilateral relations

How do you think Boris Johnson will navigate Brexit? Let us know in the comments