“Why isn’t he called Murphy like all the rest of them?” Potential British PM says of Varadkar

Boris Johnson, likely to become the next Prime Minister of the UK, made shocking comments about Taoiseach Leo Varadkar and other EU leaders. 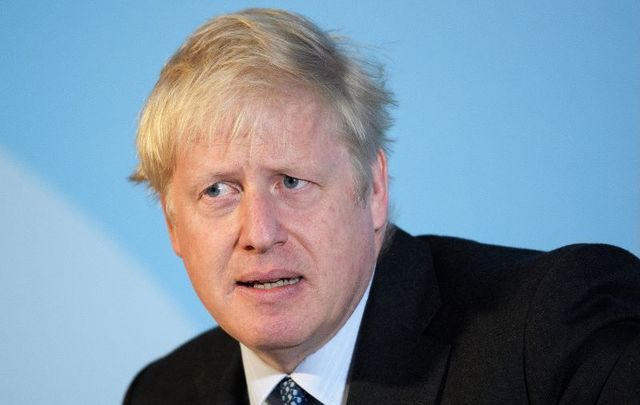 Boris Johnson on Leo Varadkar: "Why isn't he called Murphy like all the rest of them?" Getty Images

Boris Johnson, who is likely to become the next Prime Minister of the United Kingdom, reportedly said  of Taoiseach Leo Varadkar: “Why isn’t he called Murphy like all the rest of them?”

The Irish Times reports on the shocking comments made by Johnson, who is likely to become the next Prime Minister of the UK in the wake of Theresa May’s resignation in June.

It wasn’t just Taoiseach Varadkar who Johnson has uttered questionable comments about. Philip Stephens, writing for The Irish Times, said: "At the Foreign Office he [Johnson] was heard to muse as to whether Chancellor Angela Merkel had served in East Germany’s Stasi secret police. French president Emmanuel Macron was a “jumped-up Napoleon”. As for Ireland’s prime minister, Leo Varadkar, 'Why isn’t he called Murphy like all the rest of them.'"

“Such jibes find a way back to foreign capitals,” Stephens notes of Johnson, who is reportedly planning a European tour of Paris, Berlin, and Dublin should he become Prime Minister.

Johnson’s comments come not only as he is poised to assume the highest political role in the UK, but also as Brexit spirals into further uncertainty.

Stephens adds that Johnson is hoping "to persuade Ms. Merkel and Mr. Macron into bullying Mr. Varadkar simply to drop Ireland’s insistence on the backstop."

Johnson appears to have no qualms about removing the backstop altogether, which could lead to a hard border between the North and The Republic.

"It needs to come out," Johnson said of the backstop during a recent debate.

He added that the UK must say "no to time limits or unilateral escape hatches or all those kind of elaborate devices, glosses, codicils and so on that you could apply to the backstop.”

What do you make of Johnson's comments about Varadkar? Let us know in the comments