The British government is expected to unveil changes to the Northern Ireland Protocol despite pushback from Ireland, the US, and the EU. 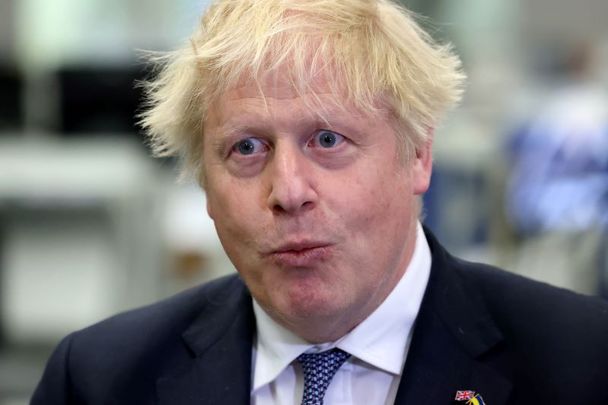 UK Prime Minister Boris Johnson was in Belfast, Northern Ireland today, May 16, as the British government is reportedly preparing to plow ahead with changes to the Northern Ireland Protocol.

"None of the parties – I spoke to all five parties just now – not one of them likes the way it’s [the Northern Ireland Protocol] operating, they all think it can be reformed and improved – from Sinn Féin to SDLP, DUP, all of them," Johnson told reporters in Belfast on Monday.

“And the question is how do you do that? We would love this to be done in a consensual way with our friends and partners, ironing out the problems, stopping some of these barriers east-west.

“But to get that done, to have the insurance, we need to proceed with a legislative solution at the same time.”

Johnson added: “We don’t want to scrap it [the Northern Ireland Protocol], but we think it can be fixed.”

Speaking after Monday's meeting with Johnson, Mary Lou McDonald, President of Sinn Féin, which is now the largest party in Northern Ireland, accused the Prime Minister of wanting to placate the Democratic Unionist Party (DUP), which is refusing to go into power-sharing after the May 5 elections in protest of the Protocol.

"It’s become increasingly clear that Boris Johnson's actions are all part of a choreographed and disgraceful set of events designed to give cover to the DUP," McDonald said in a statement on Monday.

“That is not acceptable. Nobody has a veto on progress and the blocking of the Executive shouldn’t be tolerated for even one day longer.

“And to make matters worse, tomorrow, the man who negotiated the Protocol is going to introduce legislation to break the law and create further instability and undermine the Good Friday Agreement.

“The outcome of this month’s election must be respected, and we need to get the Executive formed without any further delay.”

Michelle O'Neill, Vice President of Sinn Féin who was entitled to become First Minister after Northern Ireland's recent elections, said the meeting with Johnson on Monday was "tough" and that there were "no answers given."

Tough meeting with the British Prime Minister. Many questions asked, no answers given. What’s clear is that there is a choreography designed to give cover to the DUP. Both standing in the way of an executive being formed to put money in the pockets of workers and families. pic.twitter.com/e88UURQgGJ

DUP leader Sir Jeffrey Donaldson said on Monday after meeting with Johnson: "Devolution must be built on stable foundations. These institutions only have value if they enjoy the confidence and support of the people they were established to serve. Not one unionist MLA supports the Protocol. That makes it impossible for powersharing to operate.

"Progress is only made in Northern Ireland with the support of unionists and nationalists. If no nationalists supported the Protocol, Washington, London, Brussels, and Dublin would be demanding change. If this Protocol had resulted in checks, costs, and charges between Northern Ireland and the Republic of Ireland, there would be outrage.

"The DUP has a mandate to see the Protocol replaced with arrangements that restore our place within the UK internal market. Our mandate will be respected.”

It is always good to welcome the Prime Minister to Royal Hillsborough. The government’s words are welcome but what is still needed is decisive action on the Protocol. pic.twitter.com/gKsr5zPEcs