From the White House to Congress, US politicians are warning the British not to unilaterally act to scrap Brexit's Northern Ireland Protocol. 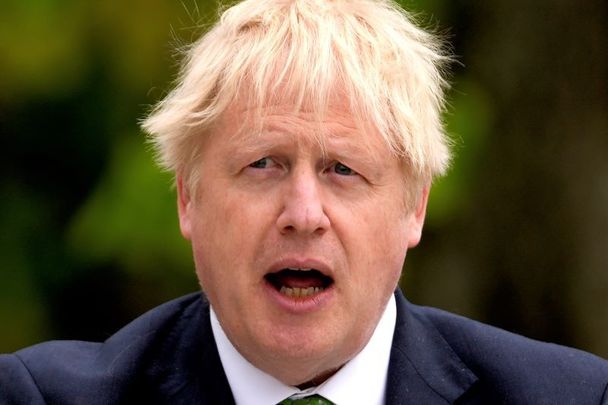 US politicians are speaking out after reports emerged that the UK may be preparing to unilaterally act on the Northern Ireland Protocol.

“The best path forward is a pragmatic one that requires courage, co-operation and leadership,” a spokeswoman for the White House said on Wednesday, according to Reuters.

“We urge the parties to continue engaging in dialogue to resolve differences and bring negotiations to a successful conclusion.”

The White House comments came after The Times reported that officials working with UK Foreign Secretary Liz Truss have drawn up draft legislation that would unilaterally remove the need for all checks on goods being sent from Britain for use in Northern Ireland.

It would also allow businesses in Northern Ireland to disregard EU rules and regulations and take away the power of the European Court of Justice to rule on issues relating to Northern Ireland.

If passed, the bill would override the Northern Ireland Protocol, which was agreed upon by UK Prime Minister Boris Johnson in 2019, and would put the UK in breach of its obligations under the withdrawal agreement.

The report has been met with considerable pushback, not only from the US, but from EU leaders, including Taoiseach Micheál Martin, who addressed the matter with Prime Minister Boris Johnson in a phone call on Tuesday.

Martin said after the call: "On the protocol, I stressed [the] need to intensify EU and UK discussions, and to avoid any unilateral action."

We both agreed on the need to see the NI Executive formed as soon as possible.

On the Protocol, I stressed need to intensify EU and UK discussions, and to avoid any unilateral action.

Irish American Congressmen Bill Keating and Brendan Boyle wrote to UK Foreign Secretary Liz Truss on Tuesday to say they were "alarmed" by the reports.

"This decision would be in direct violation of international law and squarely threaten the Good Friday Agreement," Keating and Boyle said of the unilateral action in their joint letter.

The Congressmen noted that the reports about unilateral action come in the wake of the Northern Ireland elections "where the majority of Members of the Legislative Assembly firmly support the Northern Ireland Protocol and urge your government to find an agreement with the EU on mitigating certain implementation problems within the Protocol's parameters."

They continued: "We believe that entertaining invoking Article 16 of the Protocol threatens peace in Northern Ireland, undermines the Good Friday Agreement, and is direct confrontation with the wishes of the majority of elected officials in the Northern Ireland Assembly."

Turning to the matter of a US Special Envoy to Northern Ireland, the Congressmen wrote that US Secretary of State Anthony Blinken said recently that one will be named "soon."

The two concluded their letter by saying: "The worst possible outcome of Brexit would be one that leads to violence and upheaval in Northern Ireland. With a commitment that we will act as honest brokers, we call on you to uphold your end of the deal and act in good faith, within the parameters of international law, to maintain peace and stability in Northern Ireland."

Tonight @RepBrendanBoyle & I sent a letter to @trussliz responding to reports that UK has threatened to end negotiations with EU related to Northern Ireland Protocol. This would undermine Good Friday Agreement & is in direct confrontation with wishes of majority of @niassembly. pic.twitter.com/CtxtvdxXfu

On Wednesday, Prime Minister Johnson told reporters: “On the Protocol, you will have heard me say this many times, the most important agreement is the 25-year-old Belfast Good Friday agreement that is crucial for the stability of our country of the UK, of Northern Ireland.

“And that means that things have got to command cross-community support.

“Plainly, the Northern Ireland Protocol fails to do that. We need to sort it out.”

Johnson further told ITV on Wednesday: "We got to look at the Protocol, it's not working well. It's not working for the balance of the Good Friday Agreement.

"I would love it to work. Unfortunately, what it's doing is, it's stopping trade, the east-west flow of trade.

"That has implications for the balance of the Good Friday Agreement. Half the unionist community in Northern Ireland rejects it.

He tells ITV News the protocol is 'not working for the balance of the Good Friday Agreement' https://t.co/JXjeaY1JcM pic.twitter.com/385y5uY3AF