US politicians to head to Dublin, Belfast, and London amidst Northern Ireland Protocol tensions

A delegation of US politicians, led by Congressman Richard Neal, is set to head abroad in coming days as tensions mount surrounding Brexit's Northern Ireland Protocol. 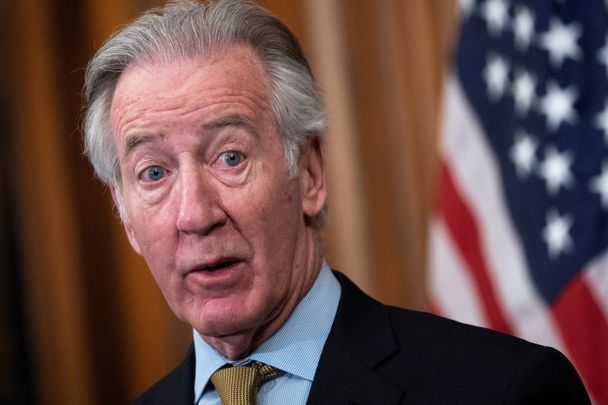 US Congressman Richie Neal is set to lead a delegation to Dublin, Belfast, London, and Brussels in the coming days "amid growing concern in the White House about spiraling tensions over the Northern Ireland protocol," The Guardian reports.

Congressman Neal, a Democrat, is head of the Ways and Means Committee in Congress, and also serves as co-chair of the Friends of Ireland Caucus. He has been vocal about Irish matters throughout his political career, and has warned against threatening the progress attributed to the Good Friday Agreement:

Preserving peace and stability on the island of Ireland is essential. Undoing the Northern Ireland Protocol could compromise the facilitation of post-Brexit trade between the UK & the European Union. The progress achieved thanks to the Good Friday Agreement should be maintained.

The delegation is likely to underline President Biden’s commitment to defending the Good Friday agreement and the US’s role as a guarantor, The Guardian notes.

The US delegation is set to head across the Atlantic in the coming days as tensions have heightened surrounding Brexit's Northern Ireland Protocol, which was agreed upon and signed by UK Prime Minister Boris Johnson in 2019.

The Times reported earlier this week that officials working with UK Foreign Secretary Liz Truss have drawn up draft legislation that, if passed, would override the Northern Ireland Protocol and would put the UK in breach of its obligations under the withdrawal agreement.

The report has been met with considerable pushback in the US, Ireland, and elsewhere in the EU.

Two Irish American congressmen, Brendan Boyle and Bill Keating, issued a joint letter to Truss on Tuesday to express their "alarm" about the report. Their letter also said that US Secretary of State Anthony Blinken was set to announce a Special Envoy to Northern Ireland "soon."

A White House spokesperson also issued a brief statement on Wednesday, saying: “The best path forward is a pragmatic one that requires courage, co-operation, and leadership. We urge the parties to continue engaging in dialogue to resolve differences and bring negotiations to a successful conclusion.”

Amid the tension, Conor Burns, UK Prime Minister Johnson's Special Representative to the US on the Northern Ireland Protocol, is in the US this week.

"This supersedes everything else - the duty we have, the obligation we have, to our own citizens, to stable government, to peace and prosperity in Northern Ireland - we still want a negotiated solution.

"But if your negotiating partner is at the point of saying 'there's nothing to talk about,' then we have a moral obligation to take action to protect our citizens in Northern Ireland."

When asked what that action might be, Burns said that it would be "inappropriate" to speak on "what the government intends to do before ministers have told Parliament."

Good to be able to explain to @BBCPolitics from Washington DC this morning what I have been doing in the US in recent days as part of my new role as the Prime Minister’s Special Representative to the United States on the Northern Ireland Protocol. https://t.co/WsNhTLPWl9

Following a meeting with Burns on Wednesday, Congressman Neal said in a statement: "The people of Northern Ireland just underwent a seismic election, and now, their newly elected officials must carry out their democratic duty through the power-sharing institutions established by the Good Friday Agreement.

"I reiterated the need for focusing on getting this new government up and running with Minister Burns and emphasized that all parties must stay the course to find durable solutions to implement the Protocol on Ireland and Northern Ireland and preserve peace and stability on the island.”

I was pleased to meet @RepRichardNeal in Washington and have a candid discussion on how the UK and US can work together to meet the needs of all communities in Northern Ireland. And to explain to him and the media the challenges the Protocol’s application is creating for UK & NI pic.twitter.com/KGVdET6rJG