There are several Irish and Irish Americans who could likely fill the role of US Ambassador to Ireland in the Biden administration. 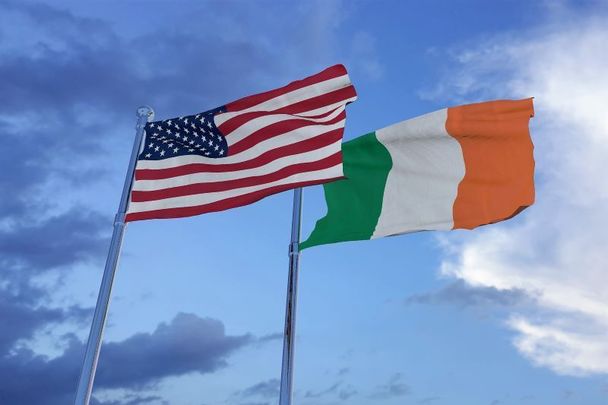 Who will be the next US Ambassador to Ireland? Getty Images

The race for US Ambassador to Ireland just heated up again with Biden sources saying former Senator Chris Dodd has taken himself out of contention.

Dodd was considered the red-hot favorite due to his long friendship with President-Elect Biden. He even headed up the search for Biden's vice-presidential candidate, recommending Senator Kamala Harris, who has proven popular so far.

If Dodd is out of the running, it opens up a whole new group of contenders vying for the Dublin job. The fact that Cindy McCain, who helped deliver the state of Arizona for Biden, is now publicly considered the front runner for the UK Ambassador role shows that the transition team is already focusing on ambassadorships which are much sought after.

The new favorite is said to be Elizabeth Frawley Bagley, who previously served as Ambassador to Portugal during the Clinton administration. Bagley is a major contributor to the Democratic Party and has most recently been soliciting funds for the inauguration. Bagley, whose late husband Smith was heir to the RJ Reynolds tobacco fortune, has hosted the President-Elect on numerous occasions, both in Washington and on Nantucket Island where Biden usually spends Thanksgiving.

Another contender is powerful banking figure Anne Finucane, Vice Chairman of Bank of America and a significant donor to Irish charities, most notably the Ireland Fund. She was mentioned in 2017 as one of the favorites to take over as CEO of Uber but the switch never materialized.

There are many others who took part in the Biden campaign who would dearly love the Dublin job, such as Brian O'Dwyer, a co-founder of Irish Americans for Biden. O'Dwyer, a civil rights lawyer in New York and a previous Grand Marshal for the city's St. Patrick's Day parade, recently hinted that he could be in the running to the Belfast-based Irish News.

Another major contributor to the Democratic caucus and one of the co-founders of Irish Americans for Biden is hotelier John FitzPatrick, a native of Ireland, who may well be in the frame for an ambassadorship according to Democratic sources.

Also mentioned is Liam Lynch, New York-based entrepreneur and philanthropist who is a leading figure among the new generation of Irish American leaders and who has heavily invested in Irish companies.

A dark horse could be Joe Biden’s sister Valerie, who is almost as big a Hibernophile as her husband. But Valerie, who has led Biden’s campaigns since he was a city councilman in the 1970s, may like to stay close to the action stateside.

Biden clearly considers Ireland one of his favorite overseas destinations and he will likely take a personal interest in the naming of the ambassador.

Ed Crawford, the current US Ambassador to Ireland, was nominated to the position by President Trump in October 2018. The role had been vacant since 2017 when Kevin O’Malley, who served under President Barack Obama, resigned. The position was filled in the interim by Reece Smyth, the US Embassy's Charge d'Affaires.

Crawford was confirmed by the US Senate in June 2019 with a vote of 90 - 4. Among the four in opposition was then-Senator and current Vice President-elect Kamala Harris.