The US politicians announcements came as Ireland's Taoiseach Leo Varadkar was in Washington, DC ahead of St. Patrick's Day. 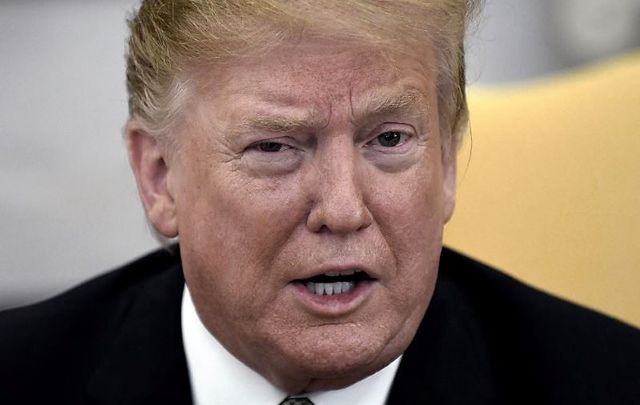 President Donald Trump and Vice President Mike Pence have both announced that they are considering potential trips to Ireland in the near future.

On Thursday, the Taoiseach and his partner Matt Barret were hosted by US Vice President Mike Pence for breakfast at his US Naval Observatory residence.

Thanks to the Vice President and his sister for a lovely morning at his home. What a great way to start this St Patrick’s weekend pic.twitter.com/2tzLEOTTpt

EchoLive reports that during the breakfast, Vice President Pence said he’s interested in visiting Counties Sligo and Clare to visit his “grandfather’s homestead.”

Of his Irish grandfather, VP Pence said: “He was proud of being American but I can still hear that Irish brogue.”

Read More: Washington is failing to engage with the Irish outside of St. Patrick’s Day

The Irish Independent reports that on Thursday, President Trump said: "I'll be coming [to Ireland] at some point during the year. I missed it last time but I would have loved to have been there. It's a special place."

The US President added that he as a “very warm spot” for Doonbeg in Co Clare, where he owns a golf resort.

President Trump was expected to visit Ireland in November 2018 but never did.

“Governments in Ireland change, and presidents in America change. The job that I have to do and others have to do is to make sure that those things that transcend the administrations or governments that are in power are in place.”

The Taoiseach went on to add: “There are areas in which [Trump] has been quite helpful to Ireland.”

“We had an issue around Aughinish, which is a very big aluminum plant in the West of the country employing hundreds of people that was potentially threatened by sanctions on Russia. The U.S. administration was very helpful in protecting those jobs. They worked with us on immigration issues as well, particularly around regularizing undocumented immigrants who are Irish citizens in the States and easing immigration rules so that some of those Irish people who want to invest here can get [visas] more easily.”

“He does own a business in Ireland, too, which we shouldn’t forget.”

Would you like to see President Trump and Vice President Pence visit Ireland? Let us know in the comments