It is believed that he will include Ireland as one of the European countries he visits when he travels to participate in the armistice commemorations in Paris on November 11. 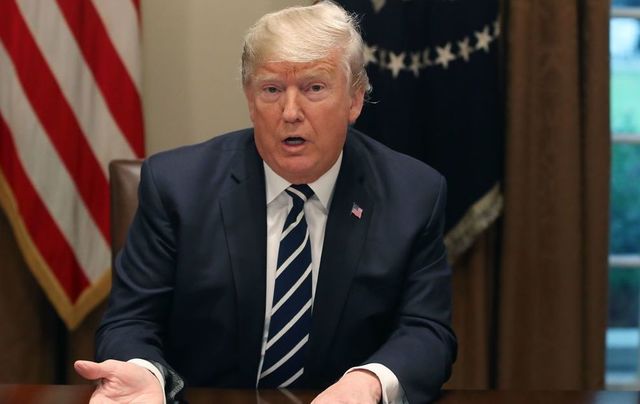 President Trump is set to visit Ireland on his first official visit.

The White House has announced that US President Donald Trump will visit Ireland in November. It is believed that he will include Ireland as one of the European countries he visits when he travels to participate in the armistice commemorations in Paris on November 11.

A statement from the White House says the visit to Ireland is to "renew the deep and historic ties between our two nations."

This will be Trump's first visit to Ireland since becoming President. He last visited in 2014 when he called at his golf course in Doonbeg, Co Clare.

Sources on the Irish side tell me that a visit to Doonbeg is highly likely during the visit of @realDonaldTrump to Ireland in November and that a visit to Dublin may happen if time allows. Details of the visit have not yet been finalised @rtenews pic.twitter.com/vZSZF1MCNO

The Irish Independent report that he will be in Ireland in November for two days, spending a day in Dublin and one at his golf course.

Irish Taoiseach (Prime Minister) Leo Varadkar had invited to President to visit on St Patrick's Day, causing controversy among those who felt that such an invite should not be extended to the American leader.

"The Taoiseach understands that President Trump will stop in Ireland for a brief visit on his way to or from the Armistice commemorations in Paris," said a statement from the Irish government on Friday night.

President Trump will visit Ireland in November. The US President is always welcome in Ireland. Our two countries have such strong historic, economic, cultural and family ties. Maintaining those connections is always a top priority 🇺🇸🇮🇪🇪🇺

"It will be an opportunity to follow up on the issues discussed in the White House in March including migration, trade, climate change and human rights issues."

"President Donald J. Trump will travel to Paris, France, to participate in a November 11 commemoration of the 100th anniversary of the armistice that ended the fighting in World War I," the White House statement read.

"The President’s participation in this event will highlight the sacrifices that Americans have made, not only during World War I but also in the century since, in the name of liberty.

"While in Europe, the President also will visit Ireland to renew the deep and historic ties between our two nations."

Should Ireland welcome President Donald Trump? Leave us your thought in the comments section, below.