Taoiseach Leo Varadkar is set to discuss the E3 visa scheme with US President Donald Trump this week in Washington, DC during his St. Patrick’s Day visit. 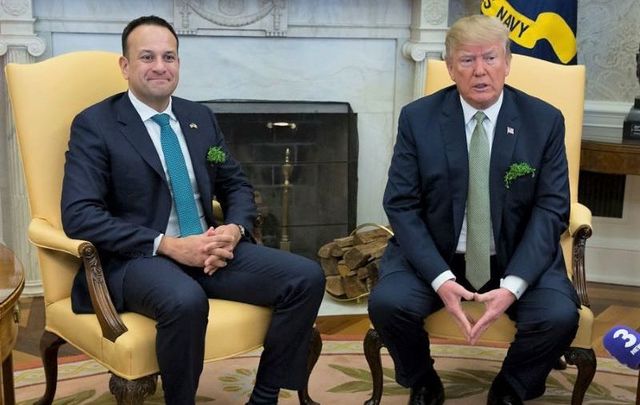 The Taoiseach is traveling to Washington, DC this week for St. Patrick’s Day

Taoiseach Leo Varadkar is set to discuss the E3 visa scheme with US President Donald Trump this week in Washington, DC during his St. Patrick’s Day visit.

The Taoiseach will be meeting with the US President on Thursday and is expected to discuss Irish access to the E3 visa scheme, among other issues.

The Irish Times reports that the Irish government’s special envoy John Deasy will also be traveling to the US capital.

Speaking of the E3 visa scheme, Deasy told The Irish Times: “We needed to pause the initiative for a couple of months, but the fact that it progressed so much last year means that we’ve no choice but to continue to pursue it.”

“We expect the issue to feature during our meeting with the president.”

The E3 visa is currently only offered by the US to Australian citizens. However, Australians only use about half of their allotment annually. Ireland wants access to the remainder of the unused visas.

The proposal to grant Irish citizens access cleared the US House of Representatives late last year but did not clear the US Senate when Senator Tom Cotton opposed the bill, effectively killing the bill.

Deasy told The Irish Times: “It’s my job to convince them that what we’re proposing is fundamentally good for Americans.”

He added: “Several important steps took place last year. The idea that you couldn’t achieve a bilateral immigration deal with the US has been proven incorrect. The Hispanic caucus has been very supportive throughout. These two points are critical.”

Read More: US will back Irish over British on Brexit border, Irish leader says

Taoiseach Leo Varadkar arrived in the US on Sunday for his week-long visit. Aside from Washington, DC, the Irish leader will also be visiting Texas, Oklahoma, and New York. He is set to meet with President Trump on Thursday and will be in New York City to march in the St. Patrick’s Day parade on Saturday, March 16.

Celebrate an Irish Christmas at home or abroad with this festive programme
Irish chef's recipe for a modern family favorite - chicken curry!
WATCH: Niall Horan explains the '12 Pubs of Christmas' to Jimmy Fallon
The ten best Irish Christmas food and drink treats
On This Day: James Hoban, the Kilkenny architect who designed the White House, died in 1831
WATCH: #WeBelieve Irish Christmas ad will have you in tears
World falls in love with NY Irish pub’s whiskey bottle Christmas tree
WATCH: Old Irish anti-war song comes to life in 1978 short film "Christmas Morning"
The German war cemetery in the heart of the Wicklow Mountains