Trump International Golf Links in Doonbeg, Co Clare has announced that 2018 was the golf club’s best year since it came under Trump ownership in 2015. 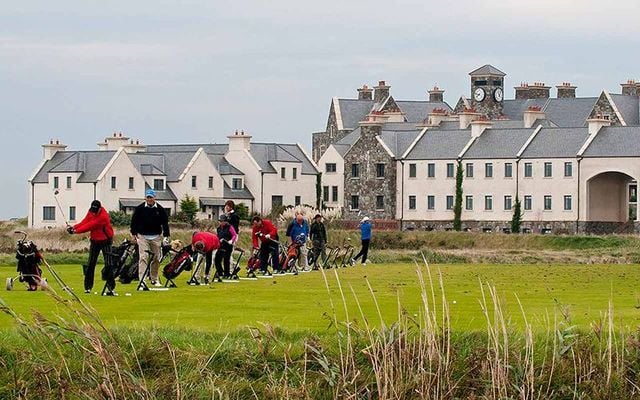 Trump International Golf Links in Doonbeg, Co Clare has announced that 2018 was the golf club’s best year since it came under Trump ownership in 2015.

2018’s increase in revenue is attributed to accommodation income that was 3 percent higher than in 2017, green fee income up by 13 percent, and food and beverage sales ahead by 8 percent.

This week marks the fifth anniversary of the Trump Organization purchasing the Irish golf course and resort. Over the five years, the Trump Organisation has invested €40 ($45) million in Trump Doonbeg, including purchase price.

Read More: Trump visit has Irish all charged up, some welcome, others despise him

The Irish Examiner reports that Russell said: "The Trump Organisation investment and involvement have supported and improved the business overall allowing for a year on year increase each year to our best year of trading in 2018 since opening full facilities in 2006.”

“The level of commitment, expertise, and drive that the Trump Organisation has provided over the past five years has been very good for our business.”

“The investment in the golf operation overall has improved our links course immensely with Dr. Martin Hawtree’s redesign of the golf course in 2014 and 2015 with the local team at Doonbeg ensuring we now have a golf product that stands parallel with the great golf courses of Ireland.”

Trump Doonbeg currently has a €40 million ($45 million) application lodged with the Clare County Council seeking permission to add 53 holiday cottages, a ballroom/function room, a leisure center, and a new restaurant to the resort.

Russell said those plans “will allow for further investment in facilities which will attract a wider base of clientele to the resort, lengthen our season and further increase top-line revenues."

Read More: Where to play golf in Ireland

President Trump and his daughter Ivanka stepped down from the board of directors at Trump Doonbeg in January 2017, one day before he was inaugurated as President of the United States. President Trump’s sons, Don Jr and Eric, remain on the board.

Have you ever been to Trump's Irish golf course in Doonbeg? Share your experience in the comments!