Where to play golf in Ireland

It's little wonder that golf is among Ireland's most popular sports considering the golf courses in Ireland have to be the most beautiful in the world. 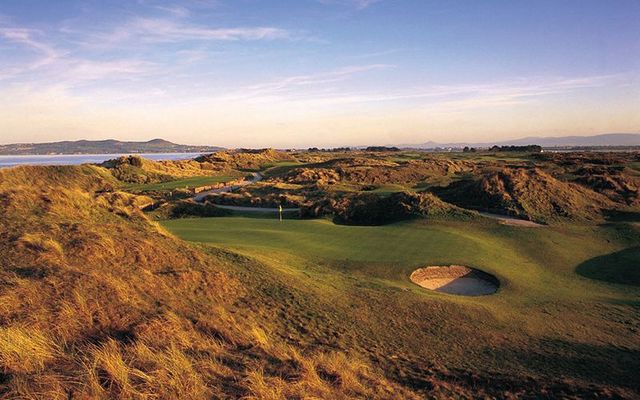 It's little wonder that golf is among Ireland's most popular sports considering the golf courses in Ireland have to be the most beautiful in the world. If you're traveling to Ireland book your tee time today!

Golfing has become synonymous with Ireland. Golf is the fourth most popular sport in the country and even back in 2012, the sport brought $215m into Ireland's economy.

Famously Mark Twain said "golf is a good walk spoiled" but in Ireland you can get the best of both worlds playing in some of the most stunning countryside in Ireland.

There are options all around the country, from the wilds of the west to others a short ride from the major cities so if you're visiting Ireland you should consider booking in.

Channel your inner Rory McIlroy, Padraig Harrington, Graeme McDowell, whoever your Irish golfing hero maybe, and get out there and take in some of the best golf courses in Ireland.

Located in Newcastle at the foothills of the Mountains of Mourne, Royal County Down enjoys a drier climate than the rest of the Emerald Isle.

The course has attracted many professionals. Tiger Woods and Tom Watson have played there for preparation for the Open Championships Rory McIlroy, Northern Ireland’s current star, often plays around. Royal County Down will host The Irish Open in 2015.

The Canada Cup, The Walker Cup, and The Irish Open are just some of the championships that have been played at this course located outside of Dublin’s fair city. The practice facilities boast of a driving range, short game area, putting and chipping green, which are all at a championship standard.

The Royal Portrush, which is the only club in Ireland to have hosted The British Open, houses both the challenging Dunluce Links championship course and the lesser-known but also challenging Valley Links course. The Dunluce Links were voted number 12 in the world by Golf Magazine

Located in the south of Ireland, Waterville hosts a practice facility and short game area with fantastic views of the Atlantic Ocean and the surrounding hills. The practice facility is surrounded by hedge walls, which provide some relief from the winds which prolongs the playing season.

The Old Course features challenging holes nestled in grassy dunes and has been frequently rated among the top courses in the world. The Cashen Course on Co. Kerry’s shoreline is a more wild looking course with rolling dunes.

Called the “St. Andrews of Ireland” by Herbert Warren Wind, Lahinch features some two challenging courses and hosted the South of Ireland Championship. Also on the green are some goats that are descended from goats owned by an old Lahinch caddie.

The Tralee Golf Club was named to the Top 10 Ocean Courses with good reason. Each hole has a picturesque view and a story behind it. Designer Arnold Palmer said about the course, “I designed the first nine [holes] but surely God designed the back nine.”

Arnold Palmer designed the two courses at this club located in the Kildare countryside. The courses provide plenty of challenges with water hazards, rolling fairways, and long greens. After a round of golf, guests can stay at the five star Kildare Hotel, Spa, & Country Club.

County Louth, sometimes called Baltray, has hosted both National and International events at the amateur and professional level. The natural beauty of the area combined with the strength of the course led “Golf World” magazine to call the course, “one of the best-kept secrets of Irish golf.”

Robert Trent Jones, Sr’s masterpiece sits against the backdrop of the Adare Manor Hotel and Golf Resort. The 18 hole championship course features aquatic challenges of a 14-acre lake in the first nine holes and the River Maigue throughout the course. Adare is a short drive from Shannon Airport.