Joe Kennedy III, the newly-appointed US Special Envoy to Northern Ireland for Economic Affairs, has had his first meeting with Chris Heaton-Harris, Northern Ireland’s Secretary of State. 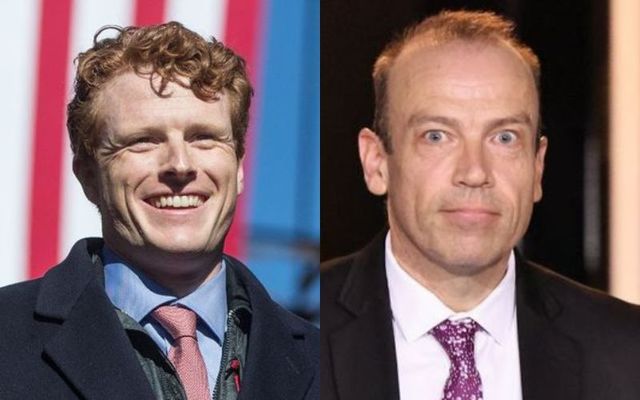 Kennedy and Heaton-Harris met on Tuesday, January 24 in Washington, DC, hosted by the British Ambassador to the US, Karen Pierce.

Heaton-Harris is on his first official to the US. The five-day visit, which will include stops in Washington, DC, Boston, and New York, is meant "to build on the already strong US-NI partnership and to drum up investment opportunities in Northern Ireland."

Kennedy said in a tweet after his Tuesday meeting with Heaton-Harris that the two "agree on the importance of increasing economic opportunity for all communities in Northern Ireland."

Great to meet Secretary of State for Northern Ireland @chhcalling today. We agreed on the importance of increasing economic opportunity for all communities in Northern Ireland. I look forward to working together, and thank you @KarenPierceUK for hosting! https://t.co/0wKFrlNUKL

In a statement on Tuesday, Heaton-Harris said: “It was brilliant to meet Joe Kennedy III for the first time in person and hear about his plans for the Special Envoy role and his vision for Northern Ireland.

“Joe has been vocal in his commitment to the prosperity of Northern Ireland and I expressed the value of his support and partnership as we work together to continue to strengthen the NI economy.

"We shared views on how we can best showcase Northern Ireland as a great place to live, work, do business, and how to continue attracting US investment.

"We also discussed US engagement to mark the upcoming 25th anniversary of the Belfast (Good Friday) Agreement, an incredible achievement for Northern Ireland of which US support was instrumental."

Tuesday's meeting between Kennedy and Heaton-Harris came a week after Kennedy outlined his goals as the new US Special Envoy to Northern Ireland for Economic Affairs.

“Our goals are simple," Kennedy said in a video on  January 17. "We’ll capitalize on opportunities that deepen trade and investment between the United States and Northern Ireland.

“We’ll work to strengthen the people-to-people ties that have been fostered over so many years, and we’ll champion together Northern Ireland’s compelling potential as a place to visit, a place to study, and a place to do business."

Kennedy was named to the role of US Special Envoy to Northern Ireland for Economic Affairs in December. The role had been vacant ever since Mick Mulvaney resigned on January 7, 2021.