President-elect Joe Biden said, "when I die, Delaware will be written on my heart" before departing for Washington, DC for his inauguration. 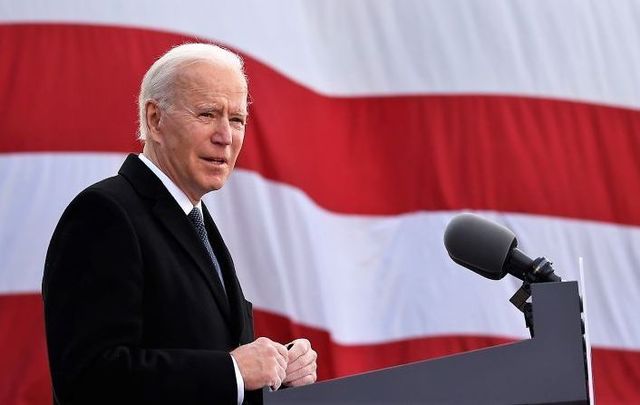 “I’ll always be a proud son of Delaware," Joe Biden said in his remarks on January 19, the day before he is set to be inaugurated as the 46th President of the United States.

Biden continued: “My colleagues in the Senate used to always kid me for quoting Irish poets. They thought I did it because I’m Irish.

“I didn’t do it for that reason, I did it because they’re the best poets in the world!

“James Joyce was said to have told a friend that when it comes his time to pass, when he dies, he said ‘Dublin’” - Biden pauses, choking back tears - “'Dublin will be written on my heart.'

“Well, excuse the emotion, but, when I die, Delaware will be written on my heart and the hearts of all the Bidens.

“We love you all, you’ve been there for us in the good and the bad, you’ve never walked away. And I am proud - proud, proud, proud - to be a son of Delaware.”

“God bless you all, and may God protect our troops,” Biden said in closing.

You can watch the nearly 25-minute live stream here, with President-elect Biden’s remarks beginning at 12:30:

Biden, who has Irish roots in Co Mayo and Co Louth, frequently turns to Irish poets during his speeches.

In 2013 as he was being inducted into the Irish America Hall of Fame, then-Vice President Biden said: “My friends in Congress are always kidding me because I’m always quoting Irish poets. Everybody thinks it’s because I have some scholarly bent – it’s not.

"I used to stutter so badly and my uncle Ed, who was a well-educated man and lived with us as a bachelor, had two volumes of Yeats on the bureau, and at night I’d put this little light on and stand in front of the mirror and read Yeats [out loud]. And I’d practice and practice and practice not to contort my face, just to try to breathe and get it done."

He continued: “One of my favorite contemporary poets is Seamus Heaney. And in his poem ‘The Cure at Troy,’ he wrote, 'History says, don’t hope on this side of the grave. But then, once in a lifetime, the longed-for tidal wave of justice rises up, and hope and history rhyme.'"

In 2017, when accepting the Medal of Freedom presented to him by then-President Barack Obama, Biden quoted Seamus Heaney's "From The Republic of Conscience," saying: "And Seamus Heaney in one of his poems said - when you can find someone who says it better, use it – he said, 'You carried your own burden and very soon, your symptoms of creeping privilege disappeared.'"

In March 2020, Biden again quoted Heaney's "The Cure at Troy" following victories in a number of states during the Democratic primaries. He later used the poem in a presidential campaign ad that was released just days before the election: