Irish violinist Patricia Treacy is set to perform two distinctly Irish tunes at a mass for Joe Biden and his family before his inauguration on January 20. 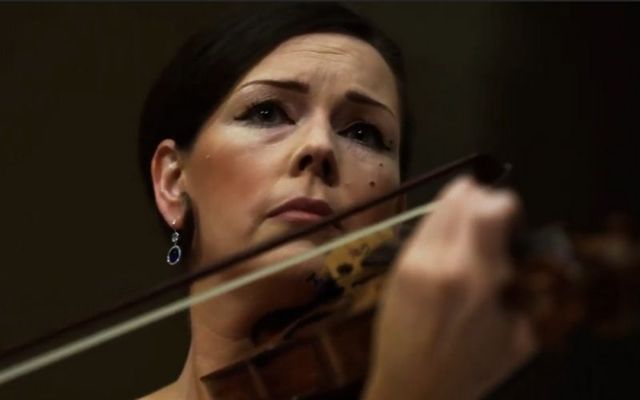 Patricia Treacy, an award-winning violinist from Co Louth, says she’s “honored” to be performing for the Biden family on the day of the presidential inauguration tomorrow, January 20.

Treacy, who will be traveling from Chicago to Washington, DC for the special event, said: “This is a once-in-a-lifetime opportunity to be able to perform for the inaugural mass for the President-elect and his amazing family which I have become very close to.

“I am hugely honoured to be apart of this momentous historical occasion.”

On Wednesday, Treacy is set to perform two distinctly Irish pieces during the mass for the Biden family - “The Proclamation” and “Ag Críost an Síol.”

Patrick Cassidy, the Irish composer of “The Proclamation," told The Clare Champion: “I was delighted when Patricia let me know that she would be playing ‘Proclamation’ at this historic event.

“She previously performed this piece during the 1916 Centenary Commemorations when President Michael D. Higgins laid a wreath to honour those who fought and died in the Rising at the Garden of Remembrance in Dublin.”

Cassidy added: “This inauguration is particularly special, as President Biden brings a message of hope and unity to Americans at what is a very difficult time. I’m sure we can also look forward to him visiting his ancestral home in Ireland as soon as it’s safe to travel again.”

You can watch back on Treacy performing "The Proclamation" in 2016 here:

“Ag Críost an Síol” is an Irish hymn, the tune of which was first written in 1916 by Father Michael Sheehan. In 1968,  Seán Ó Riada added in the Irish language lyrics.

Treacy says she will also be joining Soprano Renée Fleming for “On Eagles Wings,” Schubert’s “Ave Maria,” and the “Celtic Alleluia.”

“I have been told this will be the only live music event on the day,” Treacy notes.

On Wednesday, Treacy will be playing a 315-year-old Stradivarius violin, estimated to be worth $4m, on loan from Joe Bein and Company in Chicago. Treacy offered a sneak peek at the violin in a stunning performance from Old St. Patrick's Cathedral this week:

"He's so down to earth, so genuine, so lovely," Treacy has previously said of Biden, who has ancestral roots in her home county of Co Louth. "I'm so fond of him, he's incredible."