Patricia Treacy, one of Ireland's most esteemed concert violinists, has previously played for Joe Biden. 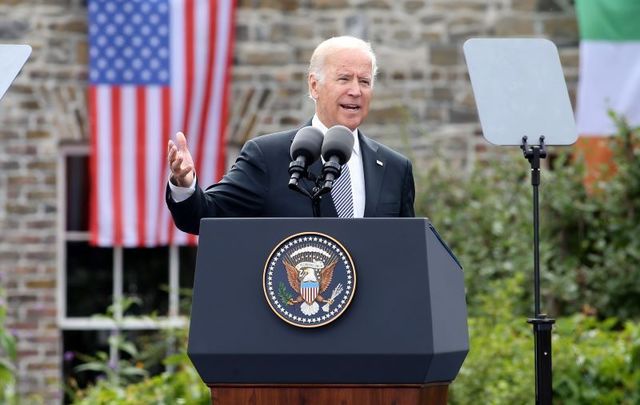 Irish violinist Patricia Treacy is set to play at President-elect Joe Biden's inauguration in January after receiving a personal invitation from the Biden family on Wednesday.

Patricia Treacy, an esteemed concert violinist from Blackrock in Co Louth, said that she was "honored," "privileged," and "super excited" to be invited to play at Joe Biden's inauguration in January.

"It always brings me a great sense of pride to be able to represent Ireland," Treacy told RTÉ News, reflecting on the invitation.

We're delighted that Patricia Treacy, one of Ireland's finest violinists & a proud Louth woman, has been invited to perform at President-elect Biden's inauguration next January. Comhghairdeachas Patricia! https://t.co/Ek2VZijwZ3

Treacy previously played for Joe Biden in March 2016 at his official residence at One Naval Observatory during an Irish celebration ahead of St. Patrick's Day.  Later that year, she performed for him again during his visit to his ancestral home in Carlingford, Co Louth during his official state visit as Vice President.

"President-Elect Biden, because of his Irish roots, is very much into celebrating St Patrick's Day, and I had the honor of performing for his invited dignitaries during his annual Irish celebration gathering," Treacy told RTÉ.

Treacy, who is one of Ireland's most decorated violinists, was also asked to perform at several Biden rallies in Chicago and other American cities.

She has won many prestigious awards and performed in some of the most iconic concert halls in the world, including Carnegie Hall in New York and Royal Albert Music Hall in the United Kingdom. She has also performed as a soloist at all major venues in Ireland and played a specially commissioned piece for the 1916 centenary celebrations, which was broadcast on RTÉ News.

Joe Biden, meanwhile, has also asked Irish band The Chieftains to perform at his inauguration in two months' time.