Joe Biden is reportedly a big fan of the legendary Dublin band. 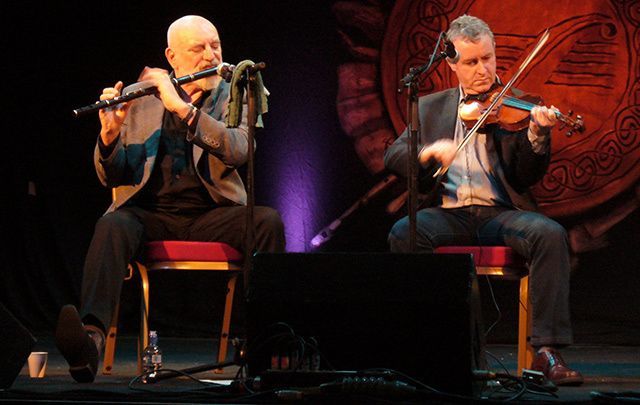 Matt Molloy and John Carty of the Chieftains. FLICKR / CANDYSCHWARTZ

President-elect Joe Biden has invited the Chieftains to perform at his inauguration ceremony next January, according to media reports.

Biden is reportedly a lifelong fan of the famous Dublin band and has already provisionally invited them to play at his inauguration in two months, according to the Mail on Sunday.

It is currently unclear whether the Chieftains will perform in-person or virtually at January's inauguration, but Biden appears determined to have them perform at the ceremony in some form.

The Chieftains performed for Biden when he visited band member Matt Molloy's bar in Westport in 2016 and founder Paddy Moloney told the Mail on Sunday that the President-elect is a "big fan of the band".

Moloney additionally told the Mail on Sunday that the band would be "honored" to perform for Biden at next January's inauguration.

"I did send a message to congratulate him. We would be, of course, honored to play for Joe and I certainly would go but everything would have to be safe to travel," Moloney told the Mail on Sunday.

The Chieftains founder said that he doesn't engage in politics or religion but said that Biden had his support during the 2020 presidential election, which saw him defeat incumbent President Donald Trump by 306 votes to 232.

"I sent him a message after the election. He is a great man, and he’s as fit as an old fiddle. I couldn’t believe it when I saw him running all about the place."