Both Joe Biden and Kamala Harris have spoken about their immigrant ancestry. 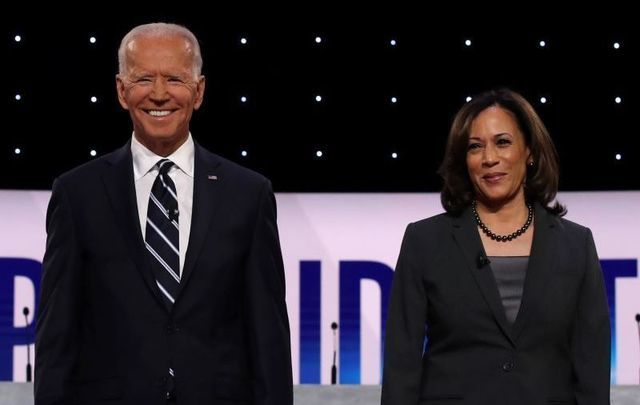 By now you’ve probably heard of the pride of Ballina, Co. Mayo, Edward Blewitt, who left the village on the west coast of Ireland at the height of the Great Hunger and settled in Pennsylvania and raised a family, who raised a family, who eventually gave us a Scranton native by the name of Joseph Biden, the 46th and only second Catholic president.

It’s doubtful you’ve heard of P.V. Gopalan, but you might soon.  His daughter Shyamala came to the U.S. from Tamil Nadu, India, about 100 years after Ed Blewitt left Ballina.  She married a fellow immigrant from Jamaica, and their daughter, Kamala, is now our first female vice president.

Kamala Harris has fondly remembered these family influences, noting in her memoir "The Truths We Hold" that her mother “had been raised in a household where political activism and civic leadership came naturally,” possibly because her grandfather “had been part of the movement to win India’s independence” from Britain.

Which is something Jean Finnegan (Biden’s mom) may have heard a thing or two about growing up in Scranton, where Eamon de Valera paid a visit in 1919, to raise funds for the newly-formed Irish republic, after years of fighting against the British.

Did I mention that after Kamala Harris’ Jamaican grandmother split from her first husband, she married into a family named Finegan?

There’s always a warm, fuzzy feeling in the aftermath of a presidential election, though it’s safe to say that’s not going to last long this time around.  But while there’s even a hint of warm, a dash of fuzzy, let me lay out my one humble hope for the Biden-Harris era.

You could argue that this is the first presidential ticket on which both members speak often and eloquently about the strength they draw from their immigrant roots.  Biden’s, of course, stretch much further back in time than those of Harris.

But in 2020, that offers a valuable opportunity to people on both sides of the political divide to talk about the things that connect America’s various immigrant generations.

On the Fox News side, it is positively disorienting to hear the likes of Giuliani and Bannon, Cucinelli and Hannity, and so many others with names belonging to yesterday’s huddled masses, not only bash today’s immigrants, but also suggest that yesterday’s were superior and uniformly saintly.

That would certainly be news to anyone who took a stroll through the Five Points back in the day.

And if older immigrants were so anxious to shed their Old Country ways, what the heck was a bomb-thrower like de Valera doing giving a speech in Scranton?

And why didn’t the former Jean Finnegan convert, and raise Joe to be a devout Lutheran or Episcopalian -- anything but that “foreign” religion with the Latin Mass and Roman pope.

In other words, conservatives need a reminder that many of their critiques of 21st-century immigrants were actually far more true about older immigrants.

But progressives also need a few reminders.  Because a Democratic grandchild of immigrants (California Senator Diane Feinstein) and child of immigrants (I’m looking at you, Kamala) were among those who took various judicial nominees to task for adhering faithfully to the religion of their immigrant ancestors.

Who, in these cases, were Catholic.  Would it matter more or less if they were Muslim or Jewish?

Immigrants and their offspring, in other words, are the ones who get to choose how they will assimilate, what they will believe in. Democrats better remember that as today’s immigrants assimilate.

And so, my hope for the Biden-Harris team is to build a sturdy bridge between immigrant generations.  Not to spout cliches about saintly great-grandparents, but to talk about the flaws and struggles and strengths of flesh-and-blood human beings.

They may not make it to the White House. But they still make America great.