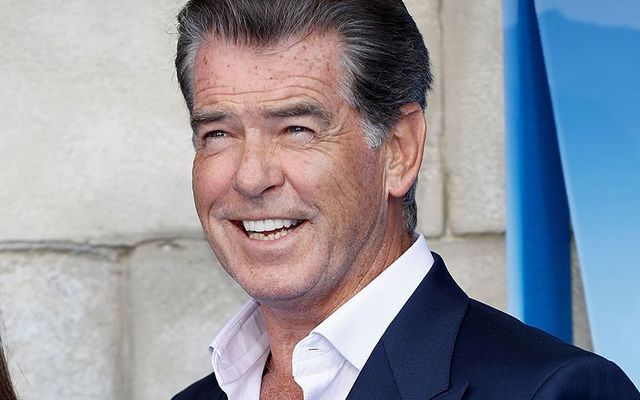 No surprise here – Irish celebs are mighty pleased that one of their own, “Irish” Joe Biden as he told the BBC last week, is going to be the 46th president of the United States.

The stars have been throwing Twitter brickbats at President Trump for some time, but now it’s all positivity for the new man on deck.

“Congratulations to President-elect Joseph R. Biden Jr and Vice President-elect Kamala Harris ... the heart of the nation again relaxes, the flag flies once more with a nobility of possibilities for the people and the soul of our nation,” Pierce Brosnan said on his Instagram, next to a photo of our incoming leaders. 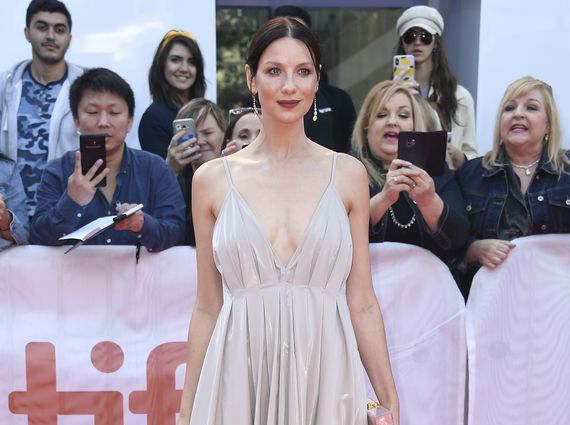 Outlander star Caitriona Balfe has really gotten political these past few weeks.  She urged American voters to go blue, and sent her applause when Biden and Harris were declared winners on Saturday.

“Congratulations Mr President-elect @JoeBiden and Mrs Vice President @KamalaHarris ... a good day for America and the rest of the world,” she tweeted among loads of shares about Biden positive stories, including several from Ireland.

Nicola Coughlan, one of the stars of the hilarious Derry Girls, is also co-starring in the upcoming Netflix series Bridgerton which drops on December 25, the first show produced by Shonda Rhimes as part of her megadeal with the streaming service.  Galway girl Nicola is, you guessed it, happy that Trump will someday soon have to pack his bags. 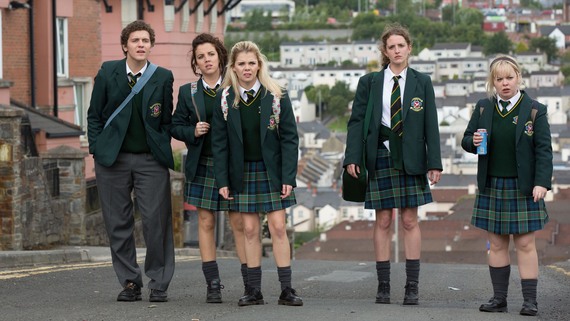 Nicola Coughlan, one of the stars of the hilarious Derry Girls.

“Been waiting to tweet this all week,” she wrote, with a pic captioned “this is the day his reign ends.” She too re-tweeted loads of other clips and stories that made it quite clear that Biden is her guy.

Sinead O’Connor has been a vocal anti-Trumper as regular readers of this page know.  Let’s just say that her Twitter page is full of profanities that are best left unsaid here, but show that she too is glad to see the back of the “little f*** box,” as she called The Donald on November 1. 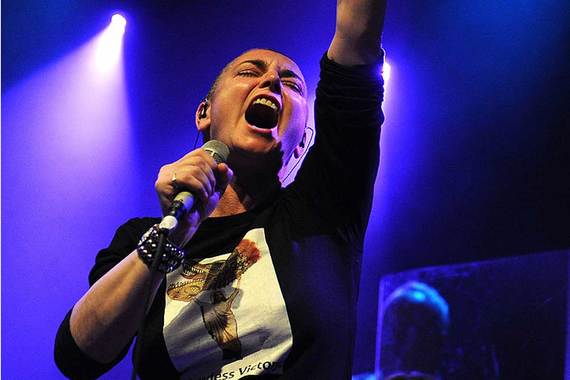 Roma Downey just wants the nation to come together, she said in an Instagram post.  “The words of the great Irish poet Seamus Heaney seem so appropriate on this day…Congratulations to President elect Joe Biden and to VP elect Kamala Harris. I pray that the hating will stop and this new leadership brings healing and unity for ALL Americans …May God Bless the UNITED States of America,” she wrote.  Roma’s husband is, of course, the reality TV producer Mark Burnett who produced Trump’s hit NBC show The Apprentice.

Trump fan Conor McGregor hasn’t commented on the election results. Only thing he tweeted is this, on November 5, when the election still hadn’t been called but was clearly trending in Biden’s direction, “God bless America, land that I love Stand beside her and guide her Through the night with the light from above."