Although The Chieftains won't be in attendance, Irish violinist Patricia Treacy is set to have a special role at Joe Biden's inauguration. 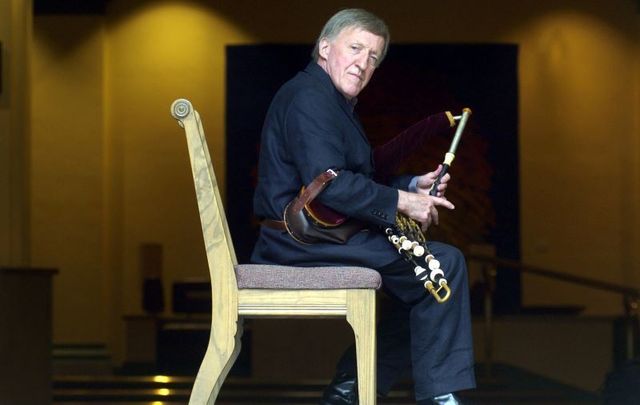 Paddy Moloney of The Chieftains. RollingNews.ie

The Chieftains, one of President-elect Joe Biden's favorite artists, had been invited to perform at his inauguration this Wednesday, January 20.

Chieftains founder Paddy Moloney, who previously said it would have been "an honor" to play Biden's inauguration, has told RTÉ News that due to travel restrictions, the legendary Irish musicians will not be able to perform at the January 20 event in Washington, DC.

"I think it would have been a huge job to get the whole band together for that unless somebody had a private plane to bring us all over," Moloney said.

"Bruce Springsteen and ourselves are his favorite musicians but this terrible situation going around has put a dampener on it all."

Moloney added: "To be honest I’m glad I’m not there now, but maybe down the line in the future months, they’d like to have us back over."

Back in 2012, Biden told People Magazine that The Chieftains are his favorite band and that his dream gig, if he "had any musical talent," would be to sing "Shenandoah" alongside the group.

In 2016, The Chieftains performed for Biden when he visited band member Matt Molloy's bar in Westport, Co Mayo.

While The Chieftains will not be traveling to the US for the ceremonies, Biden's inauguration will still have a special Irish musical aspect.

Award-winning Irish violinist Patricia Treacy told RTE News that she will be driving from Chicago to Washington, DC to perform at a private mass for the Biden family on January 20 where she'll be playing a 315-year-old Stradivarius violin worth $4 million.

Of the invitation to perform at Biden's inauguration, Treacy told RTE's Morning Ireland: "It was an incredible honor and it is such a privilege, I honestly can't believe it."

Treacy previously played for Joe Biden in March 2016 at his official residence at One Naval Observatory during an Irish celebration ahead of St. Patrick's Day. Later that year, she performed for him again during his visit to his ancestral home in Carlingford, Co Louth during his official state visit as Vice President, and again performed for him in January 2017 for the Medal of Freedom ceremony.

Biden's inauguration is set to be largely virtual due to public health concerns and the threat of violence from radical Donald Trump supporters in the wake of the US Capitol riots on January 6.

A massive public art display featuring 195,000 American flags and 56 pillars of light will be installed to represent the states and territories of the United States in addition to the people who could not attend the inauguration.

In a major break with tradition, outgoing President Donald Trump will not attend Biden's inauguration, becoming the first outgoing president since Andrew Johnson in 1869 to skip his successor's inauguration.

In keeping with tradition, Biden will still take the Oath of Office in front of the US Capitol but is now expected to do so behind bulletproof glass.

Popstar Lady Gaga will perform the national anthem during the swearing-in ceremony on Wednesday, with Jennifer Lopez also scheduled to perform.

Following the inaugural ceremonies on the West Front of the US Capitol building, Biden, Harris, and their spouses will participate in a Pass in Review on the East Front with members of the military before proceeding to a Wreath Laying at Arlington National Cemetery.

The ceremonies will conclude with a Presidential Escort of Biden from 15th Street to the White House.

Later in the day, a televised “Parade Across America" will feature "diverse, dynamic performances in communities across the country."

Ahead of this week's inauguration ceremonies, the Biden Inaugural Committee released a playlist of 46 songs that will also feature throughout Wednesday's ceremony: