In a surprise move, Donald Trump has executive order extends and widens the 60-day ban on US work visas including the J and H-1B visas. 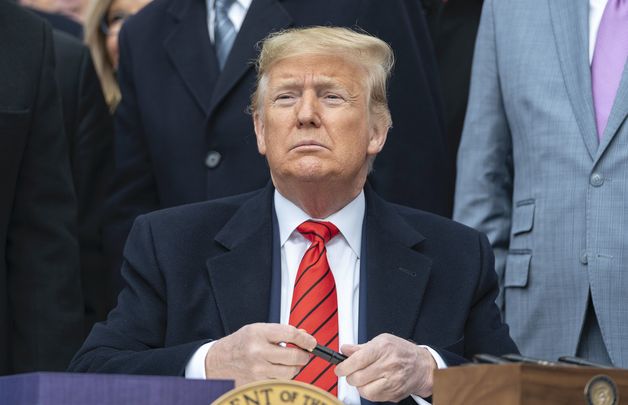 President Donald Trump has signed an executive order prolonging his ban on United States employment permits until the end of 2020, including visas widely used by the Irish, the J1 visas and H1B visas.

H1B visas are a non-immigrant visa that allows US companies to employ graduate-level workers in specialty occupations, many in the technology industry. The J visas are commonly used by academics and researchers (including the summer J visa for students and year-long visas for post-graduates). L visas are used by companies to shift workers based overseas to their US offices.

As part of the presidential proclamation, President Trump noted that between February and April 2020, 17 million US jobs were lost in industries, which typically use H2B visas. He also noted that unemployment is particularly high among the age group that would typically compete for work with J visa recipients.

"But under the extraordinary circumstances of the economic contraction resulting from the COVID-19 outbreak, certain nonimmigrant visa programs authorizing such employment pose an unusual threat to the employment of American workers.”

Speaking to the RTE, a White House official said, under the condition of anonymity, that Trump's move would free up 525,000 jobs in an effort to combat the employment caused by the COVID-19 pandemic.

They said, "President Trump is focused on getting Americans back to work as quickly as possible."

"Chilling effect" on US economy

However, Republican South Carolina Senator Lindsey Graham has been among those to criticize the move. He said this move to further restrict visa applications would have a "chilling effect" on the United States recovery.

In a series of tweets, Graham said "This decision, in my view, will have a chilling effect on our economic recovery at a time we should be doing all we can to restore the economy."

He continued "Legal immigration is a positive for the American economy, and visa programs allowing American companies to secure qualified, legal labor throughout the world have benefitted economic growth in the United States."

He added that work visas for temporary and seasonal jobs “can only be issued AFTER American workers have had a chance to fill the job position.”

“Before coronavirus, legal immigration and programs like these played an important role in helping President Trump create the strongest economy in generations. I have little doubt that programs like these would help him build it again,” Graham said.

The Senator added that he fears Trump's latest executive order will “create a drag on our economic recovery” and “could instead increase the cost of consumer goods for Americans -- particularly service industry related products.”

The United States Chamber of Commerce also denounced President Trump's executive order. Chief Executive Thomas Donohoe told the Irish Times “Putting up a ‘not welcome’ sign for engineers, executives, IT experts, doctors, nurses, and other workers won’t help our country, it will hold us back.

Trump on the campaign trail

Trump made the visa suspension ahead of his trip to Arizona on Tuesday, during a visit to the United States-Mexico border, where he is expected to highlight his current plans to build a 200-mile wall along the border.

This trip to Arizona is one of several events this week to kick-start his presidential campaign. He arrives to Arizona three days after his rally in Tulsa which was estimated to have fewer than 7,000 supporters turn out to a 19,000 capacity arena.

Currently, Trump's numbers in the polls are down. According to Real Clear Politics, on average, the Democrat nominee, Joe Biden currently had 50.6% of the polls with Trump riding at 41.1%. Fox News' latest poll has Trump at 38% with Biden at 38.

This Monday Donald Trump renewed his claims that mail-in voting could lead to election fraud.

He tweeted “Because of MAIL-IN BALLOTS, 2020 will be the most RIGGED Election in our nations [sic] history – unless this stupidity is ended.

"We voted during World War One & World War Two with no problem, but now they are using Covid in order to cheat by using Mail-Ins!”