In a partisan age, hypocrisy is the one thing we can agree on 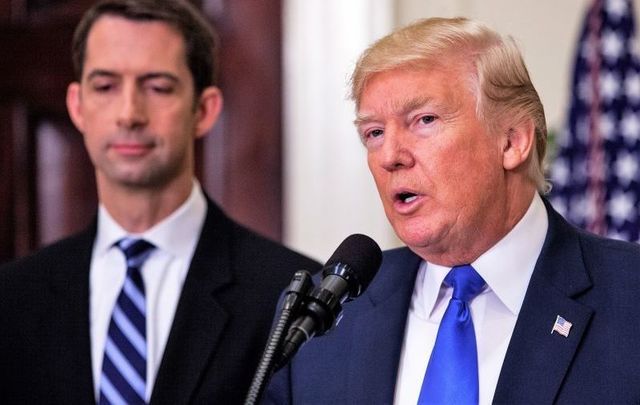 "In a thoroughly partisan age, we have found one thing many on the left and right agree upon -- hypocrisy," says Tom Deignan.

On June 16, the literary Irish all around the world celebrate Bloomsday, marking the single day novelist James Joyce chronicles in his masterwork Ulysses.

The mere fact that Bloomsday is now associated with star-studded, pint-ridden readings is something we should recognize as progress. For years the book was banned and burned and dismissed as pornography, in America and Ireland.

Righteously indignant protectors of our morals believed if we accept filth like this, our society will crumble, and the impressionable, uneducated masses might really start asking some tough questions about sex and God and books, and who knows what else?

Fast-forward 100 years to our troubled times.  As The Guardian reported last week, over “140 scientists funded by Mark Zuckerberg have said Facebook should not be letting Donald Trump use the social media platform to ‘spread both misinformation and incendiary statements.’”

This is the latest salvo in a war many anti-Trumpers have waged on Facebook honcho Zuckerberg. They want Zuckerberg (in The Guardian’s words) to “consider stricter policies on misinformation and incendiary language that harms people, especially during the current turmoil over racial injustice.”

Trump haters were more apt to applaud Twitter, which slapped a warning on the president’s repugnant message about “shooting” and “looting.”

Also this week, The New York Times published a controversial opinion piece by Arkansas Senator Tom Cotton, who argued that protesters had become so unruly that it was time to “send in the military.”

The lefty Twitter-verse and the Times own offices exploded in rage, arguing that Cotton’s essay was not only wrong-headed but so dangerous it should never have been published. The controversy came to a boil on Sunday with the resignation of James Bennet, the opinion editor at the Times and brother of former Democratic presidential candidate Senator Michael Bennet.

Read More: How the Irish in America became Republicans

James Joyce, meet your legacy.  A Republican senator from Arkansas.

The only thing more dangerous than actually printing awful ideas is suppressing them.

When the ‘rona finally goes away, and the protests subside, we really need to figure out why people who have benefited from robust expression -- social justice advocates, who are very much on the right side of most issues, as well as history -- are so fearful of engaging in debate and instead want to simply shut their opponents up.

Of course, ideas can be dangerous. James Joyce’s ideas were dangerous in their way.

President Trump may well be dangerous in a very different way. But how robust is the debate on Twitter -- in America -- going to be if every contrarian or controversial message is slapped with a warning, or straight up “canceled”?

A frightening number of anti-Trumpers these days would gleefully say, “But those revolutionaries were right!”

We would never have known if they were not able to air their “dangerous” ideas.

And don’t forget: Joyce’s censors believed they, too, were right.

Of course, it would be fascinating to see Facebook and Twitter get into the business of fact-checking, and judging language that is and is not “divisive.” And which “misinformation” is and is not “deliberate.”

Because Democrats always use respectful, inclusive language when referring to, say, supporters of the Second Amendment. And all those rumors about Senator Lindsay Graham and male escorts online have been thoroughly vetted, right?

But if the repugnant views of elected officials are so dangerous, well, why not ban their ideas on all media?

If need be, TV stations can have actors voice their thoughts, like the BBC used to do with Gerry Adams and Martin McGuinness.

In a thoroughly partisan age, we have found one thing many on the left and right agree upon -- hypocrisy. They shriek their own biased and contorted opinions.

Should opponents be “canceled” because they, too, have their own biased and contorted opinions?