How the Irish in America became Republicans 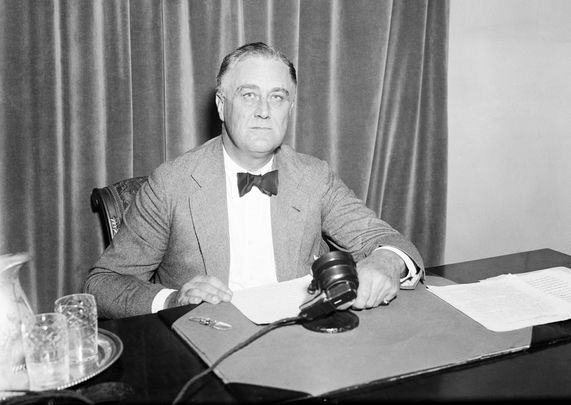 Maybe it’s one of those hiding in plain sight deals. Maybe sometimes the most obvious things are the most difficult to see.

You could argue the coronavirus epidemic is turning America upside down and inside out. It seems more likely, however, that it’s just another thing that is sorting Americans by their partisan beliefs.

The Blue team is certainly feeling inconvenienced, but respects the government response to the crisis, touting the scientific expertise behind it. The Red team is growing increasingly tired of the lockdown, sniffing elitism in all these rules, and grabbing their guns and MAGA hats and hitting the streets to protest.

How did we get here?

It seems obvious to me. I blame the Irish.

There is a big new book out from the prestigious Library of America getting lots of attention called American Conservatism: Reclaiming an Intellectual Tradition.  Edited by Andrew J. Bacevich, it is a 650-page effort to explain the intellectual underpinnings of “Red State” America.

And that sub-title is no accident. It is meant to be a rebuke to the current president, who the editor believes wrongly (pardon the pun) dons the cloak of conservatism.

In a front-page article for The New York Times Book Review, prominent columnist George Will celebrates Bacevich as “a scholarly soldier and writer,” and dubs the book “a rich menu,” but adds that the collection of writings ranges so far and wide that “‘conservatism’ comes close to being a classification that no longer classifies.”

It is unfortunate, then, that I have to point out that the book doesn’t quite range far and wide enough.  Because neither the book nor the many reviews it received in prestigious outlets like the Times or The Washington Post mention the central role the children and grandchildren of the Irish and other Ellis Island immigrants played in the broader conservative movement.

True, there are some really interesting Irish Catholic intellectuals represented in Bacevich’s book. There is the New York-born Jesuit John Courtney Murray as well as the Notre Dame professor Patrick Deneen.

Perhaps the most interesting figure Bacevich resurrects from obscurity is John T. Flynn, best known for advancing a conspiracy theory that President Franklin Roosevelt allowed the attack on Pearl Harbor to happen so that America could finally get involved in World War II.

This is all good stuff, to be sure.  But think of them as interesting trees that are part of a far more important forest.

Will notes that this book’s “focus is confined to the 20th century, with its earliest selection from 1907.”

Imagine a time machine that could take us back to those days when there was no radio, much less TV, and the Roosevelt in the White House was not Franklin but Teddy.

Imagine explaining to a 1907 political junkie that in the not-too-distant future, some of the most famous right-wingers in America would have names like Reagan and Hannity.

Balderdash, Mr. 1907 would surely respond, noting that those immigrant types are cradle-to-grave Democrats.  Because those immigrants created the concept of urban machines, to dole out welfare to needy immigrants and their dozens of children, and they have become so reliant on those handouts, so brainwashed by crooked ward heelers, they think Republican is a dirty word. They’d never say the word, much less vote for one.

That, of course, turned out to be completely wrong.

And yet, it’s still kind of what people on both sides of the political aisle think about when it comes to immigrants and politics.

Look, as the governors of New York and New Jersey make very clear, the point is not that all the offspring of Ellis Island immigrants became conservative.

But many did. How? Why?  This makes the immigration and assimilation process not only an important historical story, but also a very timely one.

Perhaps too timely.  Because we keep doing our very best to avoid telling it.