An Irish hero who helped save thousands of lives in World War II has, at the age of 97, beaten another deadly menace to the world. 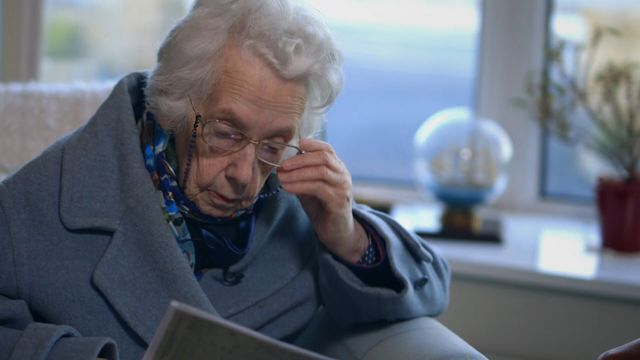 An Irish hero who helped save thousands of lives in World War II has, at the age of 97, beaten another deadly menace to the world.

Maureen Sweeney, who in her pre-marital name Flavin was only 21 when her vital weather warning delayed the D-Day landings, beat COVID-19 in a Co. Mayo nursing home last week.

The retired post office assistant’s warning of bad weather that persuaded Dwight D. Eisenhower to delay the D-day landings by a day, thus catching the Germans off-guard and saving many lives, was highlighted last year in an RTE documentary.

Now she is a hero again, beating coronavirus in the Ti Aire Nursing Home in Belmullet, less than 15 miles from the location of her famous wartime weather report.

Maureen had been living at the nursing home, where coronavirus has already claimed a number of lives of residents when the illness struck her.  She remained in isolation at the home while she fought the disease.

She made an incredible recovery, which was confirmed last Saturday when the result of a re-test proved negative.

Her grandson Fergus told the Irish Daily Star, “Her sickness was thankfully pretty much limited to a high temperature. It would have been last Saturday that she got the good news.

“We got the news that she had been retested and it came back negative. But there was a week waiting between the test and the result.”

Read more: Frontline Hero - A day in the life of an Indianapolis ER nurse

Fergus added that the family’s fears were real, especially after the virus had already claimed the lives of other residents.

He said, “Your concern levels would raise. But as regards the frontline staff, they were very good and they liaised with one family member.  They never panicked and they always dealt with everything really nicely and really humanely.”

Fergus went on to recall his grandmother’s past and her fighting spirit. He said, “You kind of has these battle-hardened generations. It’s quite amazing but I suppose that was one of the things you feel about this virus – it doesn’t respect your past.”

On her 21st birthday, June 3, 1944, Maureen a post office assistant, delivered a weather report compiled by her and future husband Ted Sweeney, the lighthouse keeper in Blacksod.

The readings gave allied forces a two-day advance warning of stormy weather on the landing beaches at Normandy in France.  They were passed on to Eisenhower who was then supreme commander of the Allied Expeditionary Forces.

He delayed D-Day by one day to June 6. The landings ultimately helped to win the war.

Maureen told last year’s RTE documentary, “I’m very, very happy about it, that we did give the right readings.  I felt proud that it was from Blacksod.”