How many are likely to fall ill after attending this potentially super-spreader event and in the weeks to come? 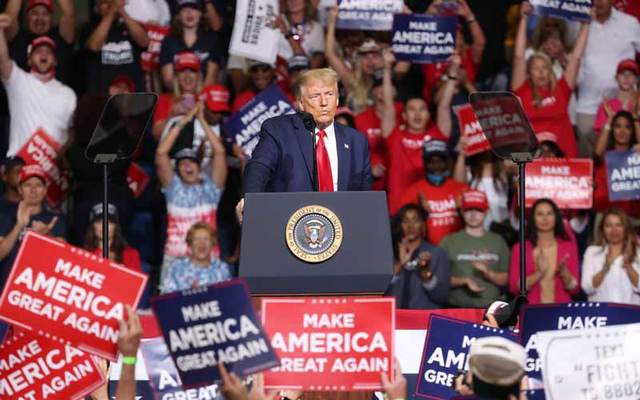 Donald Trump speaks before a crowd at his campaign rally in Tulsa Oklahoma on June 20, 2020. Win McNamee/Getty Images

Against the guidance of the Center for Disease Control, Donald Trump held an indoor campaign rally in Tulsa, Oklahoma, in a state already seeing a disastrous spike in coronavirus infections.

If Trumpism is a personality cult, was this their Jonestown moment? How many are likely to fall ill after attending this potentially super-spreader event and in the weeks to come?

Since Trump was determined to hold his dangerous indoor rally during a raging pandemic,  most protestors stayed home, because why risk your own health to confront people who don't care about theirs and who are already unreachable anyway?

Read More: The first amendment, Donald Trump and the end of America

If you have to sign a waiver that you won't sue the president if you catch coronavirus at his rally, that dear reader is your first clue you're doing something foolhardy. If you have a bad feeling about it, you were not alone - the multitudes were in short supply in the sparsely attended rally.

The daily number of COVID cases in Oklahoma almost doubled in 24 hours. pic.twitter.com/NcUT05HXQT

Meanwhile in the last three months the coronavirus death toll in the U.S. has officially surpassed the 116,516 killed during World War I. The coronavirus has infected nearly 2.1 million Americans and has already claimed 116,567 lives.

In fact by August or September it may well be twice the World War I death toll.

In three months COVID-19, which Trump dismisses when he does not underplay, has killed more Americans than a war waged from 1914 to 1918 that changed the world and reshaped global politics.

Reflect, for a moment, on the sheer human cost of our commander in chief's near total surrender to the fight. More American dead in three months than in the entire Great War. It's unspeakable.

Europe has struggled mightily to successfully reduce the curve of infection and transmission, but over half the states in the union the United States have simply surrendered to the spread.

Trump and his allies in the GOP have flouted CDC guidelines and reopened their states, they have openly scoffed at wearing masks, they have called the pandemic a distraction and a hoax, they have even - as Mike Pence has done - assured the nation that it has passed.

Worse, by refusing to observe any precaution publicly, Trump has sent a message to his supporters that they are free to do likewise.

The arrogance is only surpassed by the irresponsibility.  Last week the number of coronavirus cases in Oklahoma doubled in one day. 150, 000 new cases were diagnosed globally on Thursday, the largest one day case rise on record, and the Americas now count for half of the latest numbers. 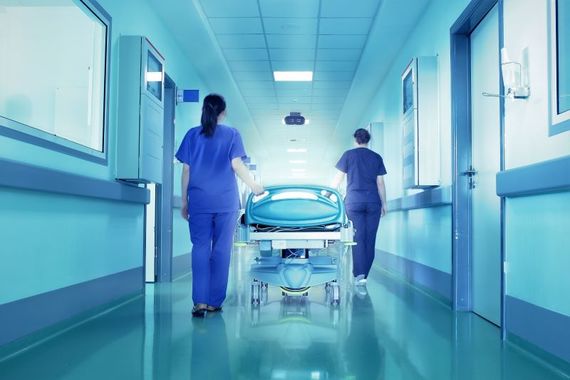 What we need now is leadership. We need a unified nation. We need a national approach in the fight against this pandemic. But Trump think's he will fare better under national division. “They hate me. They hate you. They hate rallies and it's all because they hate the idea of MAKING AMERICA GREAT AGAIN,” he said in a recent fundraising email.

Before attending the Tulsa rally Trump threatened potential protestors that “they will not be handled like they were in New York...” in the clear hope of violent clashes with security forces, because he has decided racial division and political strife are all that remain to lift his flaccid election chances.

Read More: Refusing to wear a mask in COVID-19 pandemic is selfish and unpatriotic

So if you thought that 45 million who have lost their jobs, a global pandemic, 2.1 million Americans infected and 116,567 American lives lost would appeal to his compassion you may be the last person left in America to believe he has any.

I don't think people realize what a tragedy this is, how many lives it will cost, how many people will unnecessarily have chronic health problems for the rest of their lives because of this, and how it will damage America for decades to come. https://t.co/erjKB7SWIj

Tulsa was a festival of hate ("they hate me, they hate you"). It was first time he publicly opened his spigot of resentment and fury in three months, and each long and rambling attack was on every one of his usual suspects: the press, protestors, politicians, etc.

After months of anxiety, job loss, travel restrictions, market shocks, economic collapse, chaos, strife and unspeakable human loss, the person he has the most sympathy was always going to be himself.

If you attended what Twitter has already dubbed #Coronapalooza you only have yourself to blame - since he made you sign the waiver you can never blame him.