How many more conservative public figures who refuse to wear a mask have to contract COVID-19 before you're convinced that you've got this one wrong? 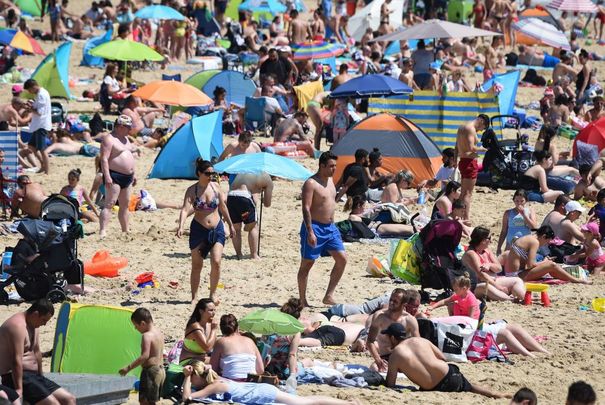 Pandemics only stop when scientists find a vaccine. Until then it's selfish and unpatriotic to refuse to wear a mask in public, when studies show it's the only tool we have to fight the spread.

Many Americans have already started pretending that the coronavirus pandemic is over. They think this because President Donald Trump and Vice President Mike Pence are telling them so.

Worse, many seem to be pretending it's been successfully cured! It's because they have lost patience. It's because the White House told them it was a hoax. It's because it's the middle of June and many people want to wear something summery and light to the beach or the bar or the park.

I totally get it. Well, go ahead. Take your mask off while you're at it too, have an ice-cold beer, meet all your buddies, I mean it's getting hot out and the danger that kept you indoors for the past three months has passed, hasn't it? Well, hasn't it? 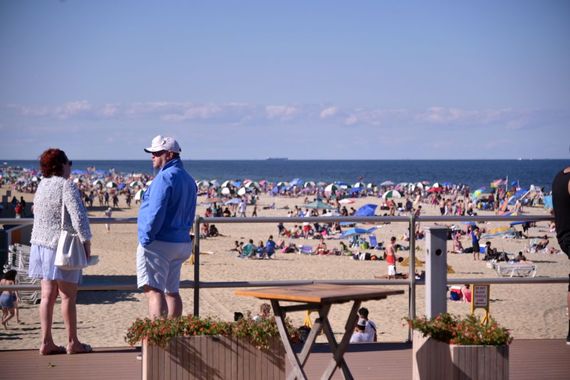 Crowds Flock To Jersey Shore For Summer Weather On The Weekend

It was T.S. Eliot who wrote that “mankind cannot bear very much reality.” What a killjoy he must have been. I doubt he got invited to lively barbecues. But he was right. At some point, some people decide that what they want is more important than what is possible or what is happening around them. Are you one of those people? Well, enjoy your respirator.

This weekend I took a walk through Long Island City in the June sunlight. Most of the experience was familiar if not exactly reassuring. It was a ghost town. I could see how profoundly the pandemic has changed the city already (there was almost no one on the buses or passing subway trains, most of the stores were still closed, traffic was light) and what a steep curve we will have to climb back to a semblance of normality.

But then I turned the corner to Gantry Plaza State Park (it's really just a long green area by the East River) and I couldn't believe what I was seeing. Hundreds of people were picnicking close together, mask-less, flouting every rule of social distancing, dancing, running, talking loudly in packed groups, skateboarding, jogging, doing handstands, about everything except pointedly coughing on each other, essentially. 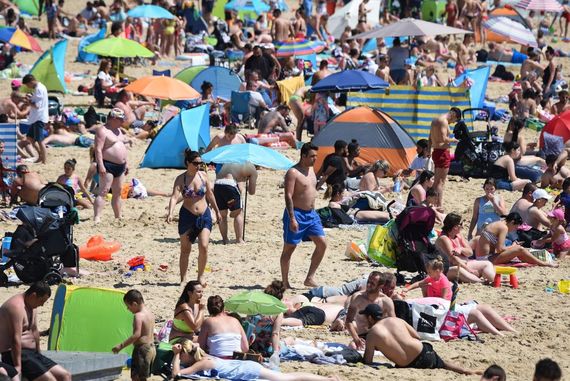 People enjoy the hot weather at Bournemouth beach during the UK's spring bank holiday on May 25, 2020 in Bournemouth, United Kingdom.

I know that these days we all lived siloed in our different informational universes, where our news is selected by algorithm to match our politics, but I thought that even in the most partisan places people know there's a pandemic that just killed over 21,000 of their fellow New York neighbors?

Not only that but more people have died of coronavirus in the United States in the last three months than American citizens during the whole of World War I. People do know that statistic, right?

They know that Arizona has just seen the number of daily cases double in one day yesterday and that Florida is nearing a crisis point where its hospitals will soon be overwhelmed? And that Ohio and multiple other midwestern and southern states are paying the price for reopening too soon?

This week an image of what the coronavirus did to the healthy lungs of a twenty-year-old woman were shared online. It destroyed them, ravaged them to the point where she was forced to undergo a double lung transplant. At twenty. No one gets off light from this horrifying virus. It's beyond irresponsible to imagine that you have some kind of dispensation because you're fed up.

Wearing a mask isn't a sign of weakness, as Donald Trump states. It's a sign of intelligence, as Joe Biden says. It's also a sign of respect and decency. You wear a mask to prevent other people from becoming infected by you, then you wear it to prevent yourself from being infected by others. If that hasn't occurred to yet then it's time.

In Korea and Japan and Taiwan, three nations that have had remarkable success in fighting the pandemic, wearing a face mask in public is a normal part of daily life. When people are feeling under the weather they were them to prevent spreading germs to others. In these countries, consideration for others is publicly demonstrated. 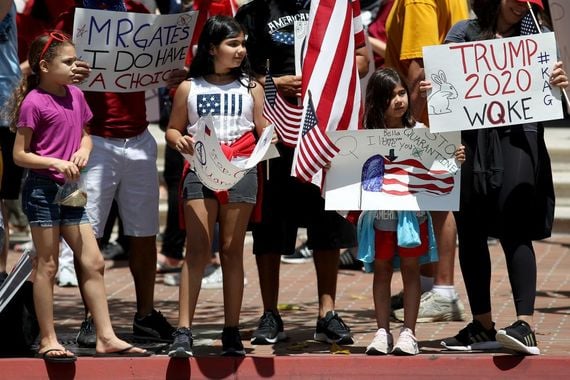 Activists hold signs and protest the California lockdown due to the coronavirus pandemic in San Diego, California.

So what to make of all the mask-less people in Queens and elsewhere this weekend? Were they showing contempt for others? Well, they certainly weren't showing any consideration.

It's clear now, if it wasn't before, that the second wave of this ghastly pandemic is going to be so much more deadly than the first. Because so many people are refusing to comport themselves with consideration.

In lieu of flowers, the family asks that you throw hot coffee on the face of anyone not wearing a mask.

They are accelerating the spread and potentially helping it to mutate and grow. Soon these mask-less citizens will invade your space and ignore your well being in pursuit of their own pleasure too.

When this happens be a good citizen yourself and report them to 311.