Mulvaney claimed that he didn't know how to put a team together in the early stages of his presidency. 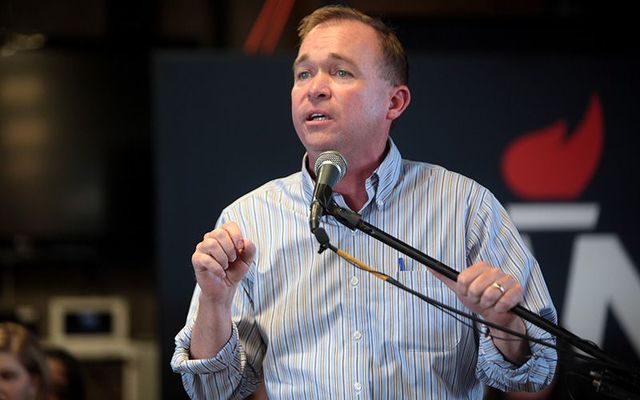 Mick Mulvaney, Donald Trump's special envoy to Northern Ireland, has said that the President didn't hire well for the top jobs at the White House in the early stages of his presidency.

The former White House Chief of Staff claimed on Friday that Trump didn't have experience running a government and that he didn't know how to put a team together.

CNN's Jim Sciutto was asking Mulvaney about a number of former top officials in the Trump Administration, like former Defense Secretary James Mattis and former chief of staff John Kelly, who have condemned the performance of the President.

Sciutto asked Mulvaney whether the former Trump staff were now lying about his performance.

The special envoy to Northern Ireland said that the former staff weren't intentionally lying but that they were wrong in their assessment of the President.

Instead, Mulvaney said that Trump didn't hire very well in the early days of his presidency.

"He didn’t hire very well. He did not have experience at running government, and didn’t know how to put together a team that could work well with him," Mulvaney said on CNN.

Mulvaney said that a number of Trump's former staff were military personnel and that their personalities simply didn't work well with the President's.

“[Trump] didn’t hire very well. He did not have experience at running government, and didn’t know how to put together a team that could work well with him,” former acting White House chief of staff Mick Mulvaney tells @jimsciutto about the President’s appointees. pic.twitter.com/eAtMJwRnFW

Sciutto also quizzed Mulvaney on Trump's former National Security Advisor John Bolton's new book: "The Room Where It Happened: A White House Memoir." The book is set to be released on June 23 and reportedly paints the President in a damning light.

Mulvaney said that he had read excerpts of the book and that it possibly contained both false and classified information.

Donald Trump has claimed that Bolton's book contains both classified and false information.

Bolton has denied that the book contains any classified information.