Coronavirus: Why are British dying at twice the rate of Irish?

Britain may be Ireland's closest neighbor, but it is experiencing a far harsher COVID-19 reality as both nations battle to curb the Coronavirus pandemic. More than twice as many British people are dying from Coronavirus than Irish people when adjusted for population. 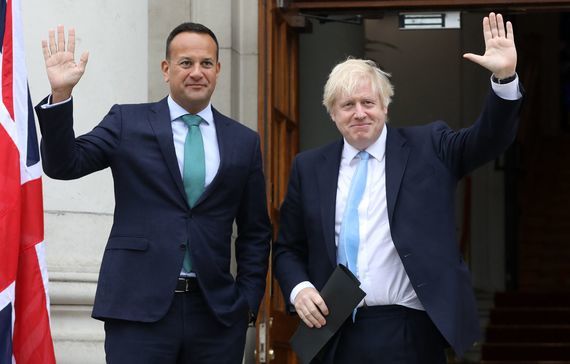 Britain may be Ireland's closest neighbor, but it is experiencing a far harsher COVID-19 reality as both nations battle to curb the coronavirus pandemic.

More than twice as many British people are dying from coronavirus than Irish people when adjusted for population and Britain now appears to be the epicenter for the virus in Europe as Italy and Spain make feeble steps towards recovery.

More than 12,000 people in Britain have died from the virus since the start of the coronavirus pandemic, compared to 444 people in Ireland.

These figures are, of course, hugely misleading since Britain's population dwarves Ireland's, but there have been 190 deaths per million Britain from COVID-19 compared to 90 per million across the Irish Sea.

The British Government is also only counting those who have died in hospital in its official death toll and it is likely that its death toll is significantly higher than official estimations.

But why is the death toll so much higher in Britain? After all, both Ireland and Britain's populations are relatively similar in terms of average age and population density. So, what has caused such devastating figures in Great Britain?

It stems down to how both the Irish Government and the British Government approached the pandemic when it was in its infancy in February and early March.

While the Irish response was far from perfect, the British response bordered on reckless when the coronavirus was beginning to inflict devastation in Italy and Spain.

Sporting events in Britain continued virtually undisrupted until March 13, for instance. Ireland had banned indoor gatherings of more than 100 people by that stage and canceled numerous sporting events, including Ireland's Six Nations rugby match against Italy and a large amount of GAA fixtures.

The Irish Government is not entirely blameless. They allowed scores of Italian fans to enter Dublin despite canceling that rugby match and also allowed pubs to remain open for two days longer than they should have. They did, however, bow to public pressure and close all pubs when they realized their mistake.

The British Government, on the other hand, allowed the Cheltenham Racing Festival to go ahead uninterrupted between March 9 and March 13, which many feel led to an exponential spread of the virus. 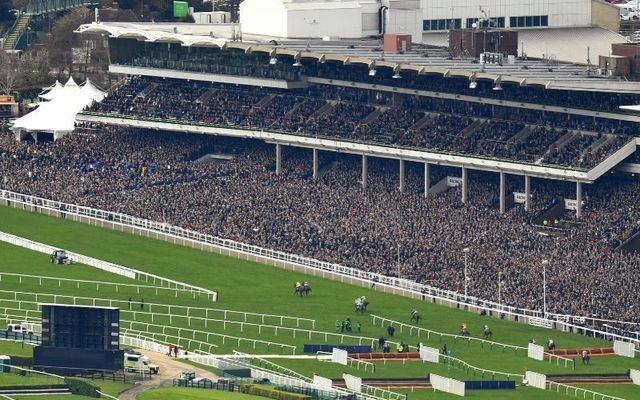 Read more: Irish Cheltenham racegoers will not be tested amid coronavirus panic

More than 60,000 people attended the festival every day over the four-day period and it appeared to be a breeding ground for the coronavirus. The very nature of racing festivals dictates that attendees stand in close proximity to one another, making the notion of social distancing completely redundant.

Patrons face long lines to buy alcohol or to put on a bet and it is simply impossible to maintain a six-foot gap between yourself and strangers.

However, an arguably more dangerous event took place in England in the same week as Cheltenham that almost slipped under the radar due to the rush to hurl criticism at the racing festival.

The British Government allowed Liverpool to host Atletico Madrid in a soccer match on Wednesday, March 11 without any restrictions. Madrid had just emerged as a virus hotspot and several thousand Atletico Madrid fans traveled to Liverpool for the match.

At the same time, virtually every other nation in Europe either canceled soccer matches or played them behind closed doors to mitigate the spread of the virus.

Several St. Patrick's Day parades took place across Britain on March 15 at a time when Ireland had unilaterally canceled all parades across the country.

Meanwhile, schools and pubs remained open in Britain until March 23.

But the British Government was, at that time, pursuing an altogether different strategy to combat COVID-19.

The Conservative Party believed that herd immunity was the best way to deal with the coronavirus pandemic. In order for that to happen, at least 60% of the British population, or roughly 40 million people, would have to become infected.

Experts believed that as many as 400,000 people would die if that was the case, but the British Government argued that the best way to fight the virus was to infect as many people as possible to build up antibodies.

This would help to protect Britain against a second wave of the virus if it was to return in the winter and some argued that there was no point irreparably damaging the economy if the spread of the virus was inevitable.

Britain has essentially abandoned the idea of herd immunity since and went into full lockdown on March 23, almost a week before Ireland did.

However, an untold amount of damage could have been done in the first weeks of March when Ireland was starting to batten down the hatches and Britain was blundering along as if the world wasn't facing its first pandemic in more than a decade.