Irish Cheltenham racegoers will not be tested amid Coronavirus panic 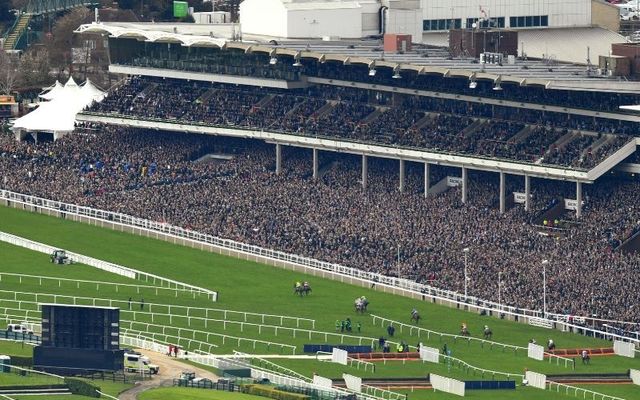 Festival organizers have been criticized for not canceling Cheltenham, which draws large volumes of people. Getty Images

Irish racegoers returning from the Cheltenham racing festival in the United Kingdom will not be screened for Coronavirus COVID-19 when they travel through Irish ports and airports and will not be asked to self-isolate.

Despite concerns over an outbreak of Coronavirus at the festival, Cheltenham has drawn crowds of more than 65,000 people since Tuesday, prompting fears that the virus will spread like wildfire.

However, Minister for Health Simon Harris said that Irish people returning from the festival are under no obligation to self-isolate since the UK is not yet a high-risk country.

Instead, the Irish Government advised returning racegoers to self-isolate only if they display symptoms consistent with Covid-19.

The Irish Government will be conducting "health interviews" in Irish airports and ports to effectively inform people of the risks of the virus and have a health conversation before they enter the country.

While people returning from Cheltenham will be included in these health interviews, they will not receive any special attention or screening.

The festival has been widely criticized and condemned in Ireland since it went ahead as scheduled.

The nature of racing festivals means that the majority of people are packed in a confined space which led to fears that the festival would be a breeding ground for the virus to spread in Ireland and the UK.

Irish people, who are getting accustomed to stringent measures imposed by the government, looked on aghast at the blasé attitude toward Covid-19 at the festival.

“If Cheltenham was being held in Ireland I don’t think it would be on, quite frankly,” Tanáiste (Deputy Prime Minister) Simon Coveney told RTÉ’s Prime Time.

Sporting events all over Europe have fallen victim to the novel virus, but the UK has adopted a surprising lax attitude towards it.

In soccer, the Premier League continues to go ahead as scheduled while other countries in Europe suspended their domestic leagues or played fixtures behind closed doors.

Prime Minister Boris Johnson's latest advice to the British public was to self-isolate if they feel unwell or start displaying symptoms.

There have been 590 confirmed cases of Coronavirus in the UK and 10 deaths. Earlier this week, the town of Cheltenham, where the racing festival is being held, had its first confirmed diagnosis of the virus.