Planning is underway to host a full-scale NYC St. Patrick's Day Parade on March 17, 2022 after two years of COVID disruptions. 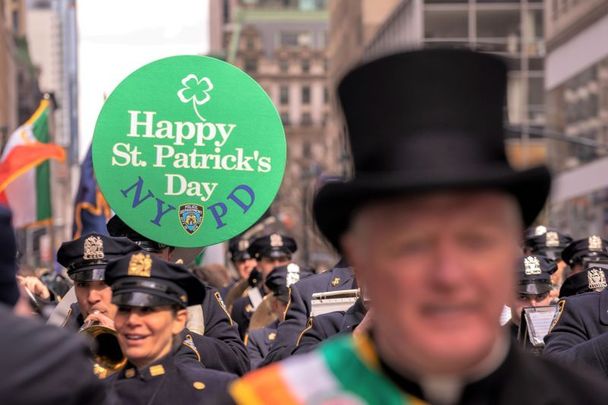 The NYC St. Patrick’s Day Parade is set to finally return in its full form to Fifth Avenue on March 17, 2022 after two years of pandemic-related disruptions.

In a Facebook post on November 2, organizers said: “Tonight we informed the Parade’s affiliated organizations (marching groups) that we are making plans to AGAIN host a full scale St. Patrick’s Day Parade in the greatest city in the world, New York City on Thursday March 17, 2022.

“We look forward to greeting everyone in 2022 on Fifth Avenue as we celebrate 260 years of marching (since 1762) on the streets of New York honoring the legacy of St Patrick, our Irish Heritage and culture.”

WE MADE IT OFFICIAL!!! ☘ Tonight we informed the Parade’s affiliated organizations (marching groups) that we are making...

In March 2020, as coronavirus began to make its grip worldwide, the New York City St. Patrick’s Day Parade was postponed just days before the scheduled step-off of March 17.

However, a small contingent consisting of representatives from the Fighting 69th Regiment and the parade committee still marched up Fifth Avenue in the early hours of March 17, 2020, in order to preserve the parade's 258-year record of marching.

In 2021, still in the throes of COVID, the parade again took a different shape, and only some 120 or so marchers, joined by NYC Mayor Bill de Blasio, made their way up Fifth Avenue.

The parade is held annually on March 17 (unless March 17 falls on a Sunday, then the Parade is held on March 16 for religious observances) at precisely 11:00 AM in honor of St. Patrick, the Patron Saint of Ireland and of the Archdiocese of New York. The parade route goes up Fifth Avenue beginning at East 44th Street and ending at East 79th Street. Approximately 150,000 people march in the parade which draws about 2 million spectators.

From its earliest days, right up to the present, the New York City Saint Patrick’s Day Parade™ has been run entirely by volunteers, many of whom come from generations of families dedicated to the organization of the parade. It takes months of preparation and countless hours to run the world’s oldest and largest parade. We could not do it without the commitment of these great women and men.