The NYC St. Patrick's Day Parade was scaled back this year, but the tradition of marching on Fifth Ave endures. 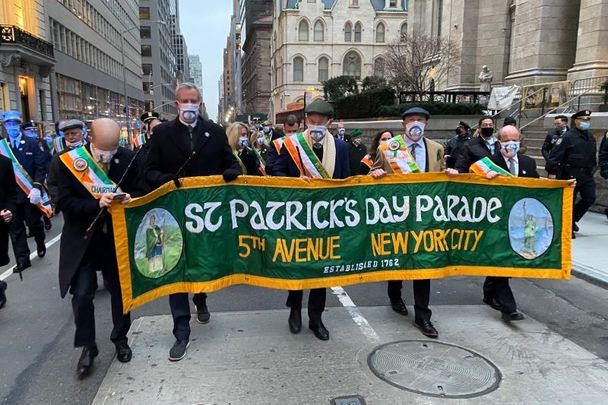 No pandemic was going to stop Irish New Yorkers marching up Fifth Avenue for the 289th year as greatly reduced numbers led by 50 soldiers of the Fighting 69th led the way.

New York City's Mayor Bill de Blasio was the surprise guest among the 120 or so marchers in the 2021 New York City St. Patrick's Day parade and the event received blanket media coverage.

The scaled down event was streamed live on the NYC St. Patrick's Day Parade Facebook page:

The group gathered at the Armory on Manhattan's East Side and at about 6:30 am, marched to Saint Patrick's Cathedral on Fifth Avenue where Cardinal Timothy Dolan was ready to celebrate the traditional Mass.

A "great day for the Irish," despite all, said Parade chairman Sean Lane and indeed, keeping the tradition alive was a proud moment for the parade committee. 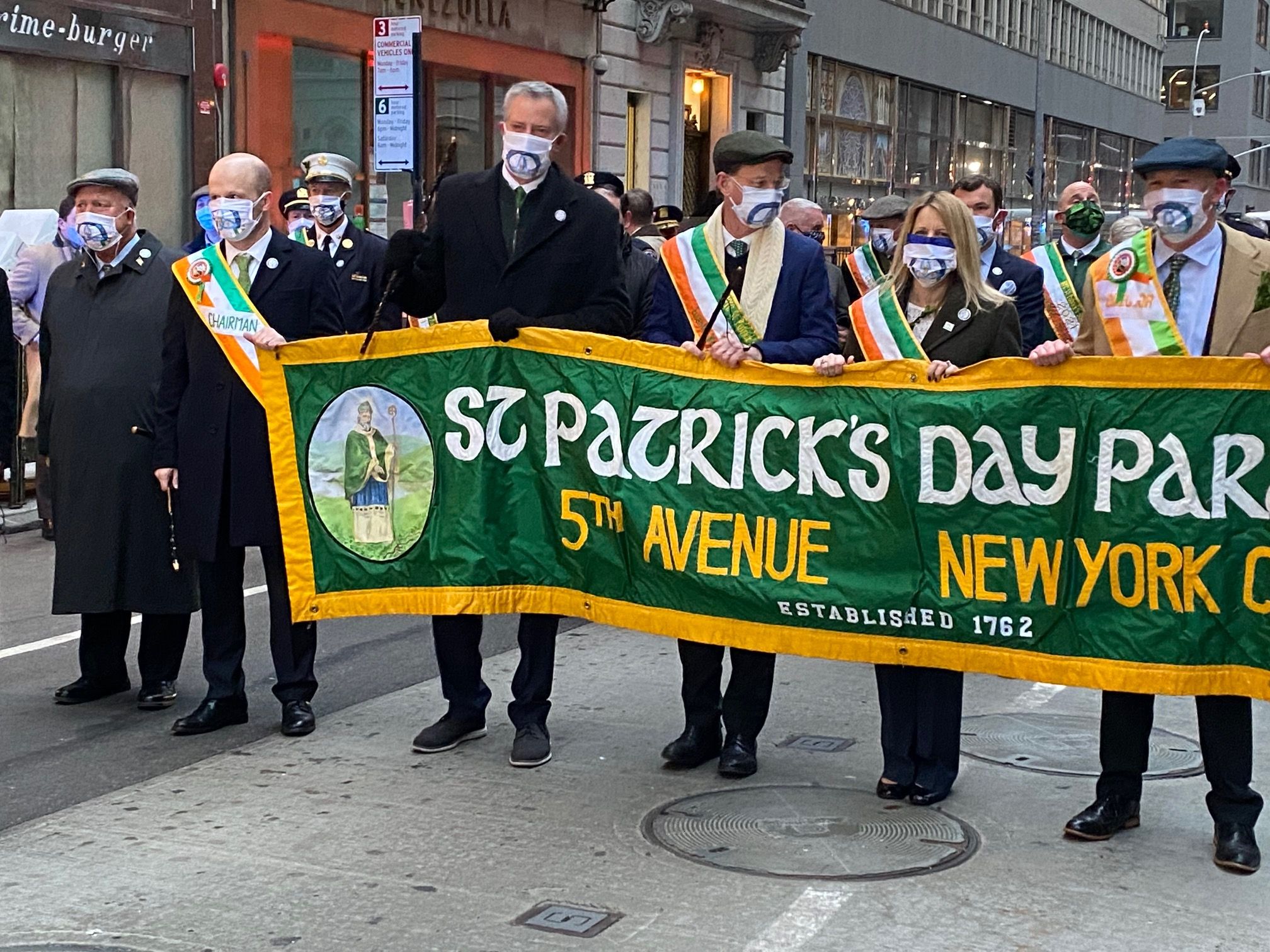 The tradition of the St. Patrick's Day parade in New York dates back to 1851 when the Fighting 69th battalion lead Irish Catholics in the parade. This is the second year in a row that the parade has had to take place at a scaled-down level however the 260-year tradition endures.

NYPD's Irish American Commissioner Dermot Shea expressed his annoyance at having another St. Patrick's Day altered due to COVID.

He said "I feel like I'm ripped off here, with an Irish police commissioner and two St. Patrick's days, and not one parade, this is a joke. We will be out there. We expect some of the restaurants probably to have some more people. We will be out there throughout the city, making sure everyone is safe all the way around."