Wreckage from the storied USS Juneau, which the five brave Sullivan brothers were aboard when it was torpedoed during WWII, was finally discovered on March 17th, 2018. 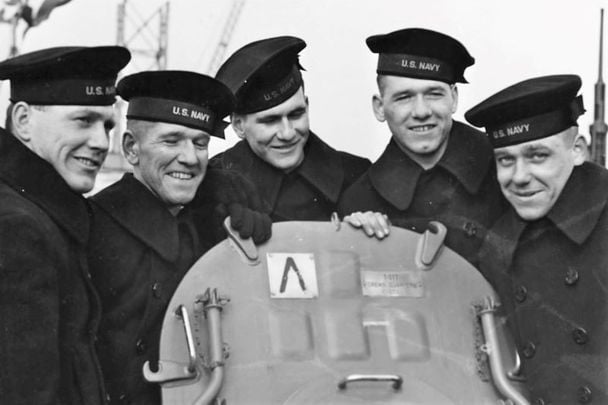 Wreckage from the storied USS Juneau, which was sunk by a Japanese torpedo during World War II, was finally discovered on March 17, 2018.

On St. Patrick's Day 2018, a research team made the incredible discovery of the WWII US Navy ship USS Juneau on which the five brave Sullivan brothers died in 1942.

The USS Juneau sunk on November 13, 1942, a year after being commissioned, killing 687 men on board including the five Sullivan brothers, George, Frank, Joseph, Matt, and Albert.

The ship was attacked by a Japanese torpedo, which cut the vessel in half and caused it to sink in 30 seconds during the Battle of Guadalcanal.

The tragic incident caused the loss of all five Irish American Sullivan brothers from Waterloo, Iowa. Despite the naval policy that prevented siblings from serving together, the band of brothers refused to serve unless assigned to the same ship, so the policy was not enforced.

Hollywood later remembered them with “The Fighting Sullivans” and they were one of the inspirations for “Saving Private Ryan.”

WWII ship USS Juneau located by #RVPetrel on St. Patrick’s Day—unexpected coincidence since she is best known for the Sullivans, all 5 brothers were lost, along with the other 682 sailors. Only 10 survived the sinking by Japanese torpedoes. https://t.co/FOkRwR6FXc pic.twitter.com/1PZjNP1uHd

The crew of Research Vessel (R/D) Petrel located the Atlanta-class light cruiser resting on the floor of the South Pacific.

Announcing the news, director of subsea operations Robert Kraft stated, "We certainly didn't plan to find the Juneau on St. Patrick's Day, the variables of these searches are just too great. But finding the USS Juneau on Saint Patrick's Day is an unexpected coincidence that allows us to pay final respects to the Sullivan brothers and all the service members who were lost 76 years ago."

Watch some up-close footage of the wreckage of the USS Juneau here: 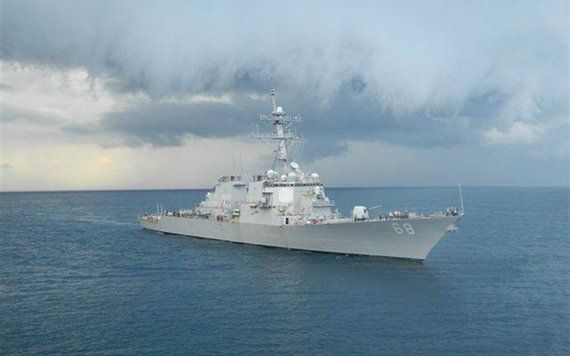 Vice Adm. Rich Brown, commander, Naval Surface Forces, the commanding officer of USS The Sullivans, a ship named after the five brothers, said: "I had the opportunity to visit The Sullivans earlier this month and I can tell you the fighting spirit of the Sullivan brothers – George, Frank, Joe, Matt and Al – lives on through the fantastic crew that mans the ship today.

"The crew embodies the ship's motto, 'We Stick Together' each day.

"My time on The Sullivans and the relationship I formed with the ship's sponsor, Kelly, the granddaughter of Albert, are some of my most cherished memories," he added.