The Irish American Sullivan brothers, all killed aboard the USS Juneau during WWII, became the first multiple-person namesake of a ship in US Naval history. 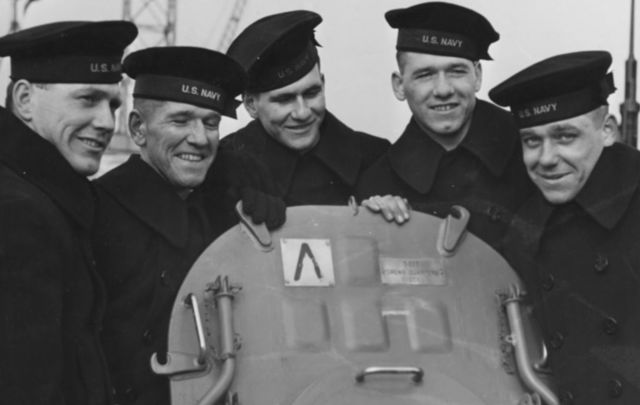 Five brothers, the Sullivans, died on the same day, November 13, 1942, during World War II. The Irish American brothers became the first multiple-person namesake of a ship in US Naval history.

Many families have sacrificed their loved ones in the fight for freedom over the centuries, but few have lost so much in so short a space of time as the Sullivan family. Five brothers died on November 13, 1942, while serving in the US Navy.

In the tumultuous days following the bombing of Pearl Harbor, young men (whom would later be called “America’s Greatest Generation”), streamed into recruiting offices across the country, eager to defend their country.

Even amongst the hundreds of new recruits streaming in, one must suspect that the recruiting officer at the Des Moines Naval Recruiting Station would have been taken aback on January 3, 1942, when before him stood five brothers who had come to enlist in the Navy. Their one stipulation was that they would not be split up, but would “stick together.”

George, Francis, Joseph, Madison, and Albert Sullivan were born into an Irish American family of seven children (one sister died in infancy) in Waterloo, Iowa. News of their friend William Ball’s death aboard the USS Arizona at Pearl Harbor prompted them to enlist in the Navy. George and Francis Sullivan had only been discharged from the Navy less than a year before, having served together on the USS Hovey.

The Navy discouraged siblings serving together, but George wrote a letter to the Secretary of the Navy, citing his own and Francis’ recent service and asking if he and his brothers could “stick together.” George Sullivan closed with the phrase, “We will make a team together that can’t be beaten.” The Secretary of the Navy granted the request.

After training, the Sullivans were assigned to the newly christened light cruiser, USS Juneau.

The Juneau was an early casualty, hit by a Japanese torpedo that buckled her deck, destroying her fire control systems and knocking out power. She limped away from the battle but was able to rejoin the task force at dawn when a Japanese torpedo intended for the USS San Francisco struck the Juneau in her magazine and blew the ship in half.

The sacrifice of the Sullivan brothers touched hearts all over America.

Because of the risk of further enemy action, the remaining US ships did not search for survivors as the commander of the task force believed that no one could have survived the blast. He did ask that a reconnaissance mission in the area report the ship’s location, which it did, but the message was lost and rescue efforts did not begin for several days.

Francis, Joseph, and Madison were killed in the initial attack and Albert drowned during the second attack. George was one of 80 men who made it to life rafts, but who would die a few days later from shock, exposure or sharks. Subsequently, only ten men from the Juneau were rescued.

The sacrifice and devotion of the Sullivan Brothers touched the hearts of the American people with an outpouring of grief and sympathy. Franklin Roosevelt sent a personal letter of condolence to their parents. Pope Pius XII sent a silver religious medal and rosary with his message of regret and the Iowa Senate and House adopted a formal resolution of tribute to the Sullivan brothers. 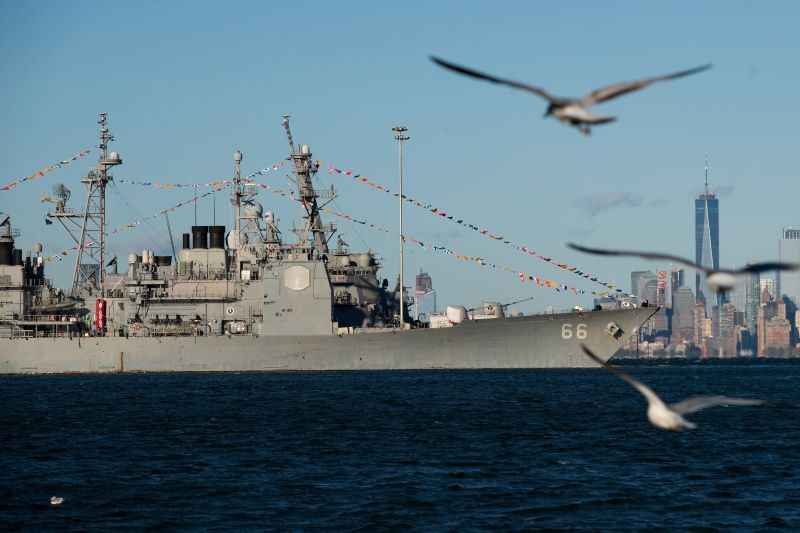 In continuing the family tradition of duty and devotion, their parents made speaking trips across the nation despite their grief and advancing years. Their sole surviving sibling Genevieve later enlisted in the Waves. Hollywood later remembered them with “The Fighting Sullivans” and they were one of the inspirations for “Saving Private Ryan.”

The Sullivan brothers were remembered by the Navy through the christening of the destroyer "USS The Sullivans" in 1943 by their mother. This was the first time a US Navy ship was named after more than one individual. Albert’s son James later served aboard the ship named after his father and uncles. The ship would earn 9 battle stars in WWII and in Korea before she was decommissioned in 1965.

However, the Navy accorded the Sullivan brothers and their sacrifice the honor of naming a second ship "USS The Sullivans." This ship this time was a modern Aegis-class destroyer still on active service. Both ships adopted the Sullivan Brothers' own motto ”We Stick Together.”

The words and devotion to the country and family of the Sullivans are well worth remembering by all Americans.