Find out the origin of the Irish family name O'Sullivan, its famous members, and other interesting facts. 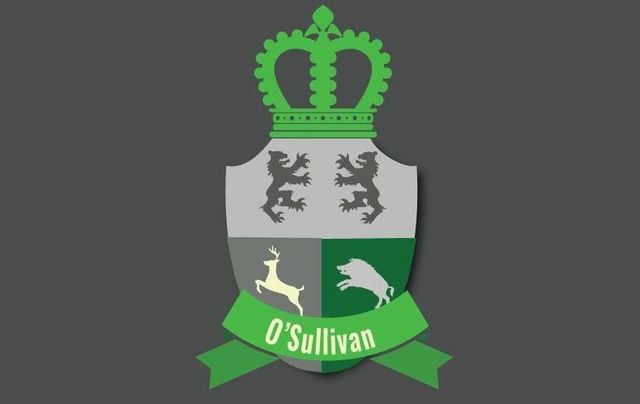 Here are some interesting facts about the Irish last name O'Sullivan, including its history, family crest, coat of arms, and famous clan members. Jay Sia / IrishCentral

The meaning, coat of arms, history, and facts on the Irish surname O'Sullivan.

"Descendant of the hawk/dark-eyed one."

The steady hand to victory.

The old Gaelic name used by the O'Sullivan family in Ireland was O Suileabhain, which is partially derived from the word "suil," which means "eye" in Irish.

The surname O'Sullivan was first found in the territory of Cahir, in County Tipperary, established in the 13th century in South-central Ireland, in the province of Munster. The Sullivan spelling is by far the most common name in Munster and is predominantly found in the counties of Cork and Kerry, with a smaller but still significant population in County Limerick.

- The term “Manifest Destiny” was coined by a journalist named O’Sullivan, who supported the expansion of the United States into the western territories.

- The father of the skyscraper was a Sullivan who also originated the famous architectural axiom "form follows function."

- The great Chicago Fire of 1871 was started by a Sullivan.

- The first tank ever acquired by the state of Israel was a gift from an O'Sullivan.

- The first heavyweight boxing champion of the world was a Sullivan.

- The man hit by the most lightning strikes was a Sullivan.

- First American woman ever to walk in space was a Sullivan.

Do you know any O'Sullivans? Let us know in the comments!