Find out more about the story of the Byrne name, its famous clan members, and other interesting facts. 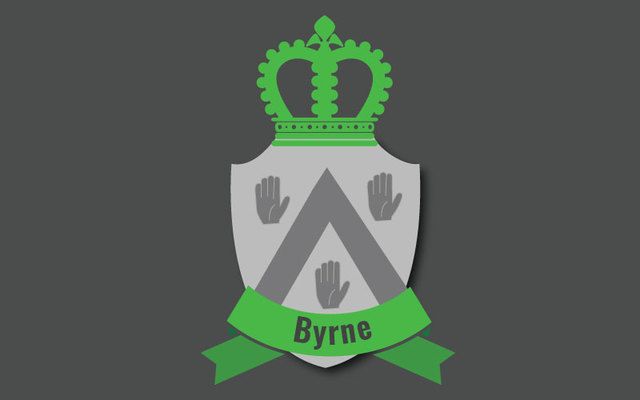 Here are some interesting facts about the Irish last name Byrne, including its history, family crest, coat of arms, and famous clan members. Jay Sia / IrishCentral

Everything you need to know about the Irish surname Byrne (O'Byrne) - its meaning, origins, interesting facts and famous people with the last name Byrne.

"I have fought and conquered."

History of the name Byrne:

In the Irish language, Ó Broin means "descendant of Bran". The name has been traced back to the ancient Celtic chieftain, Bran mac Máelmórda, King of Leinster, deposed in 1018, (d. 1052), who belonged to the Uí Dúnlainge dynasty. He was descended from Cathair Mór, an earlier king of Leinster, who was, according to medieval Irish legend and historical tradition, also monarch of all Ireland around 200 AD.

In pre-Norman times the O'Byrnes, then known as the Uí Fáeláin sept, inhabited the rich Kildare plains. With the progress of the Anglo-Norman conquest, they were compelled to migrate to the poorer lands and the mountainous country eastwards, later to be denominated as the county of Wicklow.

Learn more about the Irish name Byrne in this short video: