All the basics - and some fun facts - about County Waterford. 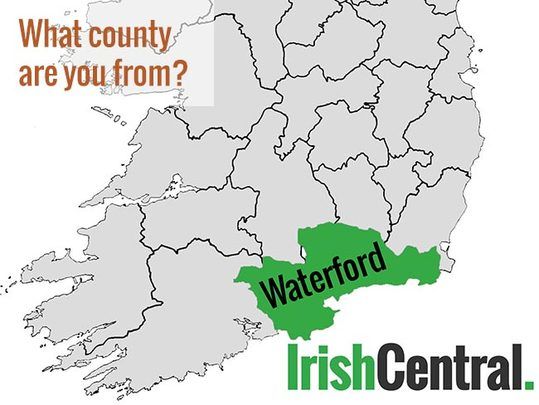 Nickname: The Suirsiders, The Crystal County, The Déise

A brief history: Though Waterford’s name is handed down from the Viking influence in the region, the area’s history of course precedes this. It was inhabited by a Gaelic tribe called the Déise, who conquered the area some time between the 4th and 8th centuries after being driven out of the region known today as southern County Meath and northern County Kildare. They were converted to Christianity by Saint Declan, who also founded the monastery at Ardmore.

During the Norman Invasion of Ireland, King Henry II of England came to Waterford, in 1171, and declared it one of two royal cities in Ireland, the other being Dublin.

Today, the county’s name is synonymous around the world with fine Irish crystal works, due to the House of Waterford Crystal, located in Waterford city, which offers guided tours of its factory.

There are many other attractions in Waterford city, including remnants of its Viking days. Reginald’s Tower is now home to a museum housing two fascinating collections: on the ground floor, artefacts from the Viking and Medieval periods are on display. The mezzanine floor houses one of Ireland's great collections of decorated charters and civic regalia. Elsewhere in Waterford city, the Treasures at the Granary visitor’s center gives an overview of the town's history throughout the centuries.

The city sits on the banks of the River Suir, which is the third-largest river in Ireland. Waterford is also home to the country’s fourth-largest river, the Munster Blackwater. There is good fishing and angling throughout the county, and Waterford's seaside resorts are nationally famous and the recipient of European awards.

A coastal county, Waterford has a number of beautiful beaches. A coastal stretch known as the Copper Coast is a designated UNESCO geopark, due to its geological diversity and its metal mining history.

The seaside town of Tramore has miles of golden beaches and every kind of watersport available for the beginner and the expert. Dungarvan, Waterford’s administrative capital, is beautifully set on Dungarvan Bay and is the starting point for several driving tours of the county along the coast. There are many to choose from, including a drive through the Gaeltacht area of Waterford or the Comeragh Mountains.

Check out photos of Waterford attractions here, or jump into County Waterford via Google Earth, below: