Interested in County Waterford? Here's everything you need to know. Located in Ireland's sunny southeast, County Waterford is a popular spot for tourists and boasts some great attractions.

2. Waterford is the oldest city in Ireland. The walled city was founded by Vikings in 914 A.D.

3. During the Norman Invasion of Ireland, King Henry II of England came to Waterford, in 1171, and declared it one of two royal cities in Ireland, the other being Dublin.

5. Built in 1793, the Cathedral of the Most Holy Trinity in Waterford City is the oldest Roman Catholic cathedral in Ireland. The cathedral was designed by John Roberts, who also built Waterford’s Christ Church Cathedral for the Church of Ireland. Waterford is the only city in Europe to have a Roman Catholic and Protestant Cathedral both built by the same man.

6. Waterford’s Reginald’s Tower, built in 1003 as part of the city wall, is the oldest and most historic urban medieval monument in Ireland.

7. The River Suir, which flows into the Atlantic Ocean near Waterford, is Ireland’s third longest river, at 185 km, or 115 miles, and is Europe’s fastest flowing river. 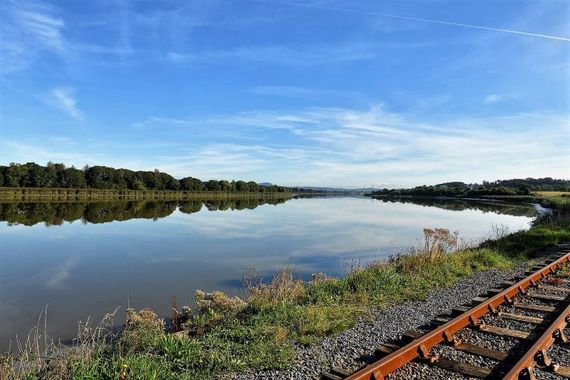 8. The origins of crystal production in Waterford date back to the 18th century. The glass has become known as the finest in the world. Today, most of the Waterford Crystal produced is made outside of Ireland, in countries such as Slovenia, the Czech Republic, and Germany.

9.The first GAA competition was held in Tramore, Co. Waterford in 1885.

10. A Franciscan priest, Luke Wadding, born in Waterford in 1558, was responsible for making St Patrick’s Day a feast day and turning it into a worldwide day of celebration.