This charming Co Kerry town has won high praise from CNN Travel as one of Europe's most beautiful small towns. 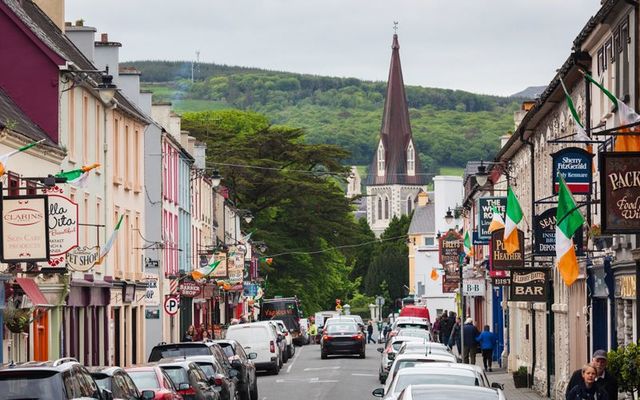 Kenmare, in Co Kerry has been recognized as one of Europe's most beautiful small towns.

CNN Travel has named 15 of the prettiest towns across Europe, and this small Irish town south of Killarney National Park has made the list!

"Paris, Rome, Barcelona... Europe's cities are bucket-list destinations, and rightly so. But the continent's small towns are a dream, too, with all the beautiful architecture and much of the culture you'll find in the big hitters, only with fewer crowds to share them with," writes CNN Travel.

The modern town of Kenmare was founded in 1670, when the land was granted to English scientist Sir William Petty by Oliver Cromwell for completing the mapping of Ireland. However, the area has ancient roots going back to the Bronze Age and has one of the largest stone circles in the southwest of Ireland.

Kenmare is the anglicized form of Ceann Mara, meaning “head of the sea,” referring to the town’s location at the head of Kenmare Bay. The Irish name of the town Neidin, means "little nest."

Today, the picturesque town is a popular location from which tourists can explore the famous Ring of Kerry and the Ring of Beara.

"On the southwestern tip of Ireland, the land melts into the ocean in County Kerry. Kenmare dandles on the bay of the same name, where the Roughty River slides into the sea," writes CNN Travel.

"This is in the middle of some of Ireland's best loved ares -- it's on the Wild Atlantic Way, between the Ring of Kerry and the Ring of Beara. Kenmare is known for its food, and for its views -- with grand mountains rearing up behind the pristine bay."