You may never have heard of him, but we owe a deep debt of gratitude to this County Waterford man who invented St Patrick's Day. 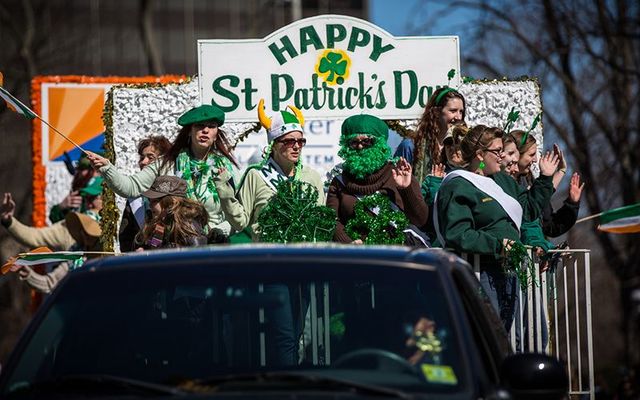 Who invented St. Patrick's Day? What is its history? You may never have heard of him, but we owe him a deep debt of gratitude, for Luke Wadding is the man we can all thank, praise, or blame for making St. Patrick's Day the day it is.

Luke Wadding, a Co. Waterford-native born in October 1588, was a Franciscan priest ordained in 1613 and sent as a chaplain to Rome in 1618. Once there, he soon began raising funds for an Irish college for clerical students studying for the priesthood. He had accumulated great power in Rome and succeeded in his quest, opening the college in 1625. Wadding acted as head of the Irish College for decades after.

A fierce Irish nationalist, Wadding had no time at all for the English and their occupation of Ireland. He strongly supported the Irish Catholic uprising in the war of 1641, and his college became a hotbed of opposition to the English. Wadding sent soldiers and arms to Ireland and persuaded Pope Innocent X to send Archbishop Giovanni Rinuccini there as his representative.

Rinuccini went to Ireland with a huge quantity of arms, including 20,000 pounds of gunpowder, and a large sum of money to help the Irish rebels, who he hoped would declare an independent Catholic Ireland. Alas, Rinuccini failed in his task, partly because of internal Irish strife (what's new?), and returned to Rome in 1649, leaving Ireland at the mercy of Oliver Cromwell, who later crushed the Irish rebellion.

Efforts were made to make Luke Wadding a cardinal, but his enemies prevented it. He was by far the strongest advocate of the Irish cause in Rome and met with several popes to push the issue.  He was so effective that generations later his spirit lived on in the Irish College.

In the late 19th century, Sir George Errington was sent by British Prime Minister William Gladstone to Rome to explain the Irish question and ask for support for the British position.

He came back empty-handed, however, explaining that the Irish politicians in Ireland were utter moderates compared to the priests and staff at the Irish College.

Wadding succeeded, against all the odds, in making St. Patrick's Day a feast day. After it was decreed a holy day of obligation, it was wholeheartedly embraced by the Catholic Church and soon became a worldwide day of celebration. Though the day had been observed from around the 10th century, Wadding was the one who put the power of the Church behind it.

Wadding's legacy has come down the ages to us. In 1900, his portrait and part of his library were placed in the Franciscan convent on Merchant's Quay in Dublin. His life story was written by Francis Harold, his nephew, in the 17th century.

So spare a thought for Luke Wadding this St. Patrick's Day. Without him, we would likely never have the grand occasion we celebrate this week.

Do you have St. Patrick's Day news you'd like to share with the global Irish community? Why not join IrishCentral's contributor's platform IrishCentral Storytellers? You can learn more about it here and sign up here.