WATCH: Ireland as seen from a horse-drawn caravan nearly 50 years ago

Witness the slow and gentle pace of an Irish holiday in 'Ireland in a Horse Drawn Caravan,' now available on the Irish Film Institute's IFI Player. 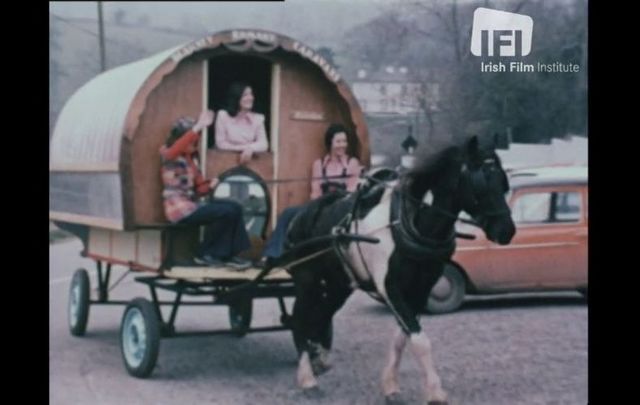 This short Irish film shows the simplicity of an Irish holiday in 1974. Irish Film Institute

The 1974 film 'Ireland in a Horse Drawn Caravan' highlights the many unique experiences that await tourists when they travel through Ireland in a horse-drawn barrel-top caravan.

In the short Irish film now available to stream for free on the Irish Flim Institute's IFI Player, three young holiday-makers embark on their leisurely journey around Ireland, letting the viewer experience the country the way it should be, at a slow and gentle pace.

Whether it’s cooking over an open fire, stopping for a pint, or a sing-song in a traditional Irish pub, tourists can enjoy a holiday clip-clopping along at their own pace. Just don’t forget to feed your horse.

'Ireland in a Horse Drawn Caravan' is a part of the IFI's Bord Fáilte Film Collection and is published with the kind permission of Fáilte Ireland.

About the Bord Fáilte Film Collection at the Irish Film Institute

'Ireland in a Horse Drawn Caravan' is published here with thanks to the Irish Film Institute (IFI), who IrishCentral have partnered up with throughout 2021 to bring you a taste of what their remarkable collection entails. You can find all IrishCentral articles and videos from the IFI here.