WATCH: A look at glorious, golden Galway nearly 80 years ago

From Eyre Square to the Claddagh Village, Galway is looking only gorgeous in the 1943 short film 'Ireland's Golden West' now available via the Irish Film Institute. 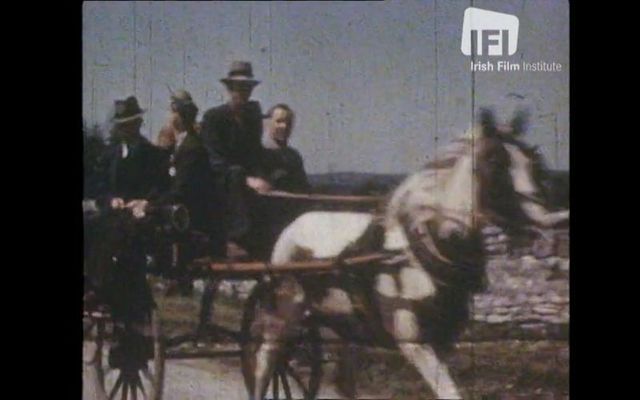 'Ireland's Golden West' was filmed nearly 80 years ago to promote Co Galway as an attractive tourist destination by the Irish Tourist Association (later Bord Fáilte and now Fáilte Ireland). The film provides a scenic history of Galway city and its immediate surroundings.

In warmly glowing colours, the treasures of Galway city are shown: Eyre Square, the campus of University College Galway, the Church of St. Nicholas, and the Galway Races.

The film also features remarkable scenes of the thatched cottages in The Claddagh Village, one of the oldest fishing villages in Ireland, located just outside the city walls where the Corrib meets Galway Bay.

Some of the largest collections held by the IFI Irish Film Archive come from Government departments and State and semi-state bodies. Apart from their educational and entertainment value in a country that did not have its own television station until 1961, these state-sponsored produced films are noteworthy not only for their high production values and interesting content but also for the calibre of those involved in their creation.

Films made for Bord Fáilte provide not only a beautiful record of Ireland’s landscape and topography throughout the 20th century but also serve to illustrate the development of the Irish tourist industry and the image that ‘brand’ Ireland was endeavouring to project, as it marketed itself as an international tourist destination.

“Ireland's Golden West" is published here with thanks to the Irish Film Institute (IFI), who IrishCentral have partnered up with throughout 2021 to bring you a taste of what their remarkable collection entails. You can find all IrishCentral articles and videos from the IFI here.