Find out more about the story of the Ryan name, its famous clan members, and other interesting facts. 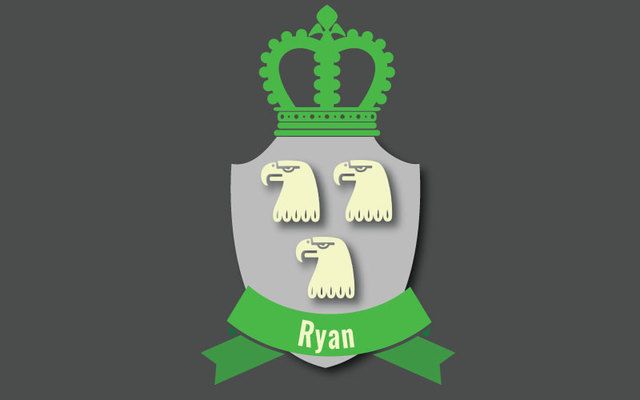 Here are some interesting facts about the Irish last name Ryan, including its history, family crest, coat of arms, and famous clan members.

Everything you need to know about the Irish surname Ryan - meaning, origins, interesting facts, and famous people with the last name Ryan.

"I would rather die than be disgraced"

According to John Ryan, Professor of Early and Medieval History at University College Dublin, "Rian, like Niall, seems to be so ancient that its meaning was lost before records began."

Many Ryans from the West of Ireland can trace their roots back to a 9th-century chieftain called Maelruain. His descendants took the name O’Maelruain.

Over time the name became Anglicised, first to O’Mulryan and later simply Ryan. These Ryans lived in the counties of Clare and Limerick.

What this short documentary on the name Ryan here: