Dublin City’s archaeologist Ruth Johnson talks about the physical evidence left by Brian Boru and the Battle of Clontarf in Dublin 1,000 years on. 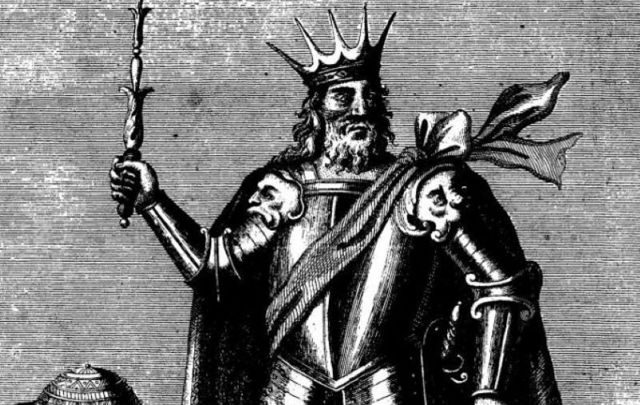 One of the earliest and most well-known depictions of Brian on the front piece of the 1723 publication of "The General History of Ireland" translation of Keating's " Foras feasa ar Éirinn" by Dermot O'Connor. Public Domain

Who was the real Brian Boru, the former High King of Ireland?

The events that took place at the Battle of Clontarf on April 23, 1014, were the culmination of two centuries of strife, treachery, failed alliances, and treaties between Irish kings and Vikings.

The battle was between the forces of Brian Boru, the High King of Ireland, and an alliance of the forces of Sigtrygg Silkbeard, King of Dublin; Máel Mórda mac Murchada, the King of Leinster; and a Viking contingent led by Sigurd, Earl of Orkney, and Brodir of the Isle of Man. It lasted from sunrise to sunset and ended in a rout of the Viking and Leinster forces. Brian was killed as were his son, Murchad, and his grandson, Toirdelbach.

These tales have been told and retold from medieval times to the present day, in schools and communities, but what evidence do remains of the great, brave Brian Boru, the Viking’s influence, and the Battle of Clontarf? 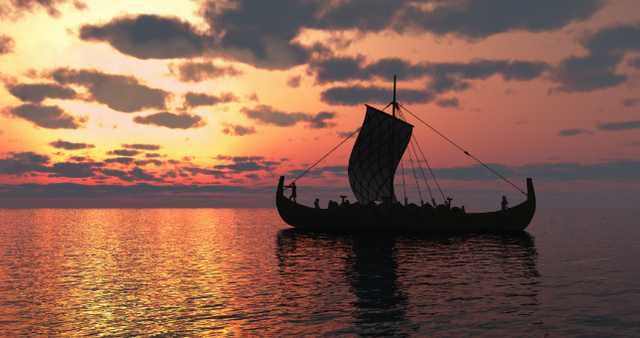 Vikings took part in the Battle of Clontarf. Image: iStock.

Ruth Johnson, Dublin City Archaeologist, employed by the city council, explained that there’s little evidence of the battle and, more importantly, that it didn’t take place where most presume.

She told IrishCentral, “There’s very little direct evidence of the actual battle itself. An antiquarian journal in the 18th century referenced the discovery of mass Viking graves with weaponry and human bones on Parnell Square. Potentially that is our only real link to the battle.

“Sadly, that’s lost to us because that was pre-archaeology and Georgians were the great developers. They cleared everything out to make way for their great squares and lay the houses out with cellars. Unfortunately, that tantalizing glimpse is all we have.”

So why, if the battle was won and lost at Parnell Square in today’s north Dublin City Center, is this heroic battle named for Clontarf, which is three miles north along the coast? Where did Clontarf come into it?

“We don’t know exactly," says Johnson. "We know it was somewhere on the north side of the River Liffey between the Liffey and the River Tolka estuary. Obviously, there’s so much sand reclamation in that area, the whole of Dublin Bay has changed even since the building of the Great south wall and the North Wall by Captain Bligh.

“We’re not quite sure exactly where the battle took place, but we know it was within a few miles of Wood Quay and it had to have been a landing place because the Viking fleet from the Isle of Man and the northern and western sides of Scotland landed around Clontarf.”

She continued, “We know that Howth was set on fire in the run-up to battle as well, which is interesting in itself. We also know that Brian’s troops were camped before the battle in Kilmainham, just to the west of Dublin, on high ground. It’s quite an extensive battlefield zone. We can imagine Brian Boru’s army marching from south to north across the city.

“Strategically, it wasn’t an ideal place for any of them to fight the battle. They were miles away from the city they were all fighting over. If you’re trying to capture a town the main event should take place at least near the town, but they never got close.”

While details of the location and strategy of the battle might be lost in the annals of history, thankfully, archaeological excavations in Dublin of the 11th-century town revealed a plethora of information about the forming of the city and its Viking and native inhabitants.

Johnson explained that the wealth of the discoveries made between the 1960s and 80s in Dublin, especially along Wood Quay by the River Liffey, was due to the nature of the soil.

She said, “The deposits were laid down very rapidly and they were waterlogged by the waters of the River Liffey, so that unique combination of rapid buildup and saturation with air meant an organic preservation, like bog almost. It meant that there were about four or five meters of archaeology discovered.

“There were a hundred Viking houses discovered in that one campaign alone. We know that the Viking town had urban defenses. It was the size of about two soccer pitches [fields]. It contains streets going crosswise, east to west, where Christchurch is now and, north-south where Fishamble Street is today.”

The archaeological finds also show us the breadth of the Vikings’ travels and how much they brought to Ireland’s shores.

Johnson continued, “It was an extremely wealthy place. The quality of the finds from Viking Dublin is extraordinary. We have so many exotic imports from the wars they fought. We had amber from the Balkans, silver from as far as Baghdad and you can imagine all the rest of the Viking world, Britain and Scotland, down the western seaboard of France and into Spain and North Africa.”

Often the Vikings are seen as nomadic rogues who attacked and pillaged Ireland and caused quite a ruckus. The truth is that by the late 10th century the Vikings had become very much a part of Ireland’s social and political scene.

“It was just a politically intermixed scene. If you think about Queen Gormflaith. She was a key player in the late 10th century. She was a remarkable woman and was married several times.

“The name of her first husband was Olaf Cuaran, the Viking King of Dublin, he was pure Viking and he was also King of York. She was a Leinster princess married to a Viking King.

“Then when he died and she married the King of Tara. So now she’s married to an Irish high king, and then later she married Brian Boru himself and later divorced him.”

It seems that parts of these histories become altered sometimes, often for dramatic effect.

The High King Brian Boru himself is one such example. It is claimed that the king died while praying in his tent, the leader of a great army of men going to battle. However, if you do the math, Brian Boru would have been about 73-years-old and it seems unlikely that such an elderly man would be charging into the battlefield in medieval Ireland.

“We think that one of his favorite sons was actually in charge of the army, but that Brian was close by in his tent and sending messages back and forth,” said Johnson.

Brian Boru could have become the stuff of legends, but his worship started during his own time.

“He is a fantastic character. In his own lifetime, he was declared the Emperor of All Ireland in the Book of Armagh, which we still have that book on display in Ireland. Even in his lifetime, he had a hold on Ireland’s popular culture as Ireland’s greatest King,” explained Johnson.

“A lot of what we know about Brian Boru comes from the ‘Cogadh Gaedhil re Gallaibh,’ a propaganda document written by his ancestors, maybe two or three generations after him. It is very closely allied to the story of the Trojan War. It sets Brian Boru as the hero and probably has a lot of poetic licenses included.”

In the end, we must ask, can we take revisionism too far? Will we take the magic from these heroic tales of war if we dig too deep?

Johnson finished by saying, “I was at a lecture recently, and this man stood up and said ‘I’m not going to let them take Brian Boru away from us with all this revisionism. To me, he’s like Richard the Lionheart of Ireland, and we need our national heroes.’... I don’t think we should throw the baby out with the bathwater.

Johnson’s book “Viking Age of Dublin” can be acquired online. “Before and After the Battle of Clontarf” by Johnson and Howard B. Clarke is available on Amazon.

A short video on the Battle of Clontarf from UCD:

The Irish Fenian invasion of Canada began 156 years ago today