Top ten facts about Brian Boru and the Battle of Clontarf

The Battle of Clontarf is one of the greatest battles in Irish history, and the man who won it, Brian Boru, is still remembered as a hero. 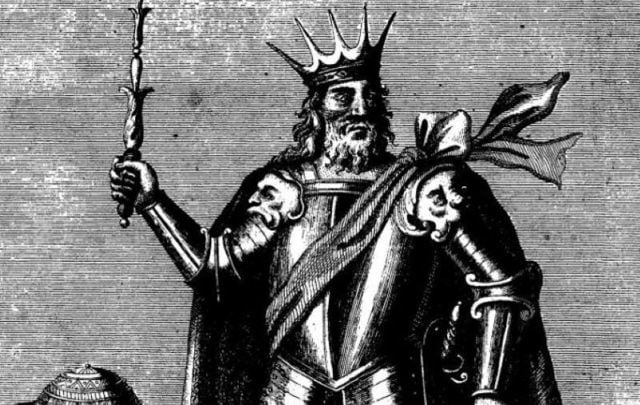 Brian Boru was the last High King of Ireland.

The Battle of Clontarf happened more than 1,000 years ago in Ireland. Here is a handy top ten primer on Brian Boru, the heroic Irish figure of his era.

1. Brian Boru was a deeply Christian king. He died on Good Friday, April 23rd, 1014, at the Battle of Clontarf. Some reports say he refused to fight himself because he was devout and would not spill blood on Good Friday.

A famed 13th Century poem portrayed him as a Christ-like figure:

“On Good Friday Brian was killed

Just as Christ without sin was killed

Defending the children of Adam.”

2. The battle was between Brian, High King of Ireland, and the rebellious Leinster and Dublin kings who used Viking fighters. Quite how the Vikings figured and how important they were is still disputed. Whether the Vikings saw the opportunity to conquer Ireland like they had Britain or were merely paid mercenaries is still debated.

3. Brian as descended from the O’Brien line was himself a usurper of the natural order. He became High King after defeating the Ui Neill or O’Neill dynasty, which had ruled Ireland for generations.

4. The Vikings were serious fighters. They had just forced the departure of the English King Ethelread the Unready (great name that) so Brian’s crown was very much on the line. Their leader was Sweyn Forkbeard, whose son was later King of England.

5. The population of Ireland was only 500,000 at the time and there were about 30 local kings who battled each other incessantly.

6. Brian’s forces seemed to win easily. The Irish annals of the period call the battle the “slaughter of the Foreigners of the Western World” at Clontarf. Another quote: “Nobody could recognise even his own son, so covered were they in blood.”

7. Most of what we know about the battle is from the Annals of Loc Ce, a medieval Irish manuscript housed at Trinity College, Dublin. The manuscript begins with Clontarf in 1014 marking it as an epochal event and described the battle in 1,200 words.

8. Brian was married at least twice and had six sons and three daughters. Often he married them off to nobility from other clans to strengthen the bond.

9. He was a very old man by the standards of the time of the battle for Clontarf: 73 years old, according to historical accounts, though some have him older.

10. He remains a figure of major importance today. The Brian Boru harp is the symbol of Ireland (and on Guinness glasses) and we might all be sipping Carlsberg and not Guinness if the Vikings had won!