All the basics and some fun facts about County Tipperary. 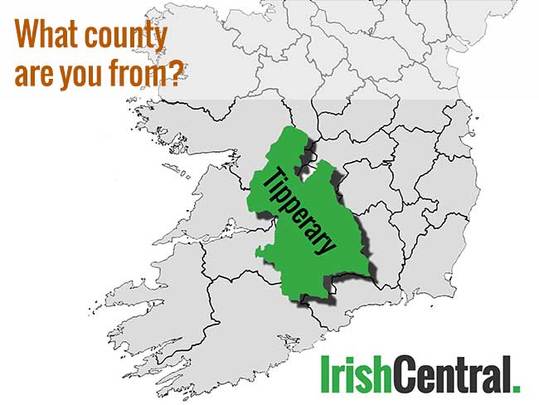 Check out our Tipperary Gallery for stunning images from the Premier County.

If you like this series please check out other counties in our series.

Tipperary is situated in the south of Ireland and extends from the border of Galway nearly to the south coast. Tipperary is the largest inland county in the country and is a very picturesque region, with the stunning Galtee Mountains, the River Suir and a rich, lush, green landscape, famous for its horse studs.

Tipperary is better known as the Premier County, dating from the 1840s when Thomas Davis in the Nation newspaper lauded Tipperary for it’s nationalistic feeling and claimed ‘Where Tipperary leads, Ireland follows.’

The Rock of Cashel is one of the most famous of Tipperary's landmarks with a group of mediaeval buildings sitting on top of a rocky outcrop dominating the skyline of the town of Cashel. Cashel is where Ireland's most famous King, Brian Boru the last High King of Ireland, was crowned.

Lough Derg is the largest of the lakes along the river Shannon, the longest river in Ireland, and is almost an inland sea. It is well known for game and coarse angling, boating, sailing, windsurfing, and skiing. The lake itself has many islands, the most famous of which is Inis Cealtra - Holy Island, which is the site of a 7th century monastic settlement. Lough Derg is a well known pilgrimage destination for Irish Catholics. Lough Derg is also popular for day cruises.

Check out our Tipperary Gallery for stunning images from the Premier County.